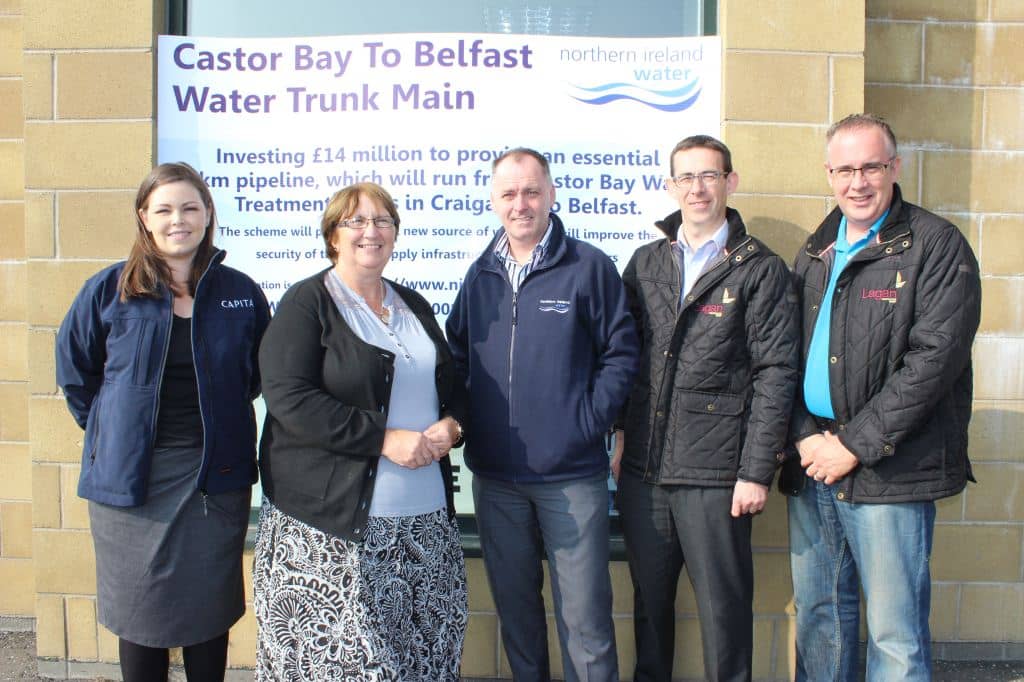 NI Water has announced that work is now well underway to lay a major watermain in the Castor Bay Road area of Craigavon, Co Armagh.

Following consultation with local businesses, the pipeline was diverted away from the main Castor Bay road and is currently being installed through adjoining agricultural lands to reduce disruption for local residents and business owners.

The pipelaying work planned for the Castor Bay Road forms a small section of the 29km of new water trunk main being laid from Castor Bay Water Treatment Works on the shores of Lough Neagh to south Lisburn as part a £14m investment by NI Water to improve the security of future water supplies.

Martin Gillen, NI Water Project Manager said: “During early consultations with the local community, NI Water learned of concerns regarding access to homes and businesses due to lack of diversion routes around the Castor Bay Road. NI Water took on board all the issues raised and worked to find a solution that would significantly reduce the potential impacts for businesses and residents in the area.

“Working with our contractor, Lagan Construction, we were pleased to agree an alternative route for this essential pipeline, that will reduce disruption in the local area. We thank local landowners for their support and ongoing patience while we complete this essential improvement work. We will continue to work closely with the Department for Regional Development, the local community and elected representatives as pipelaying continues on this extensive project.”

Mr Gillen added: “It is unavoidable that tie-in works are carried out on a small section of the Castor Bay Road to link the new pipeline with the existing infrastructure. NI Water and Lagan Construction will continue to liaise with local residents as the connections to the Castor Bay Water Treatment Works are carried out and we will ensure that access is maintained at all times for residents and businesses alike.”

Dolores Kelly MLA added: “We are pleased that NI Water has taken all concerns on board and we will continue to work closely with local businesses and residents as work progresses on the Castor Bay road.

“This essential £14 million programme of work is good news for the local community as the work will improve the infrastructure and the security of the water supply for customers in the area.”

Further information on the Castor Bay project is available at: http://www.niwater.com/castorbay-belfast/