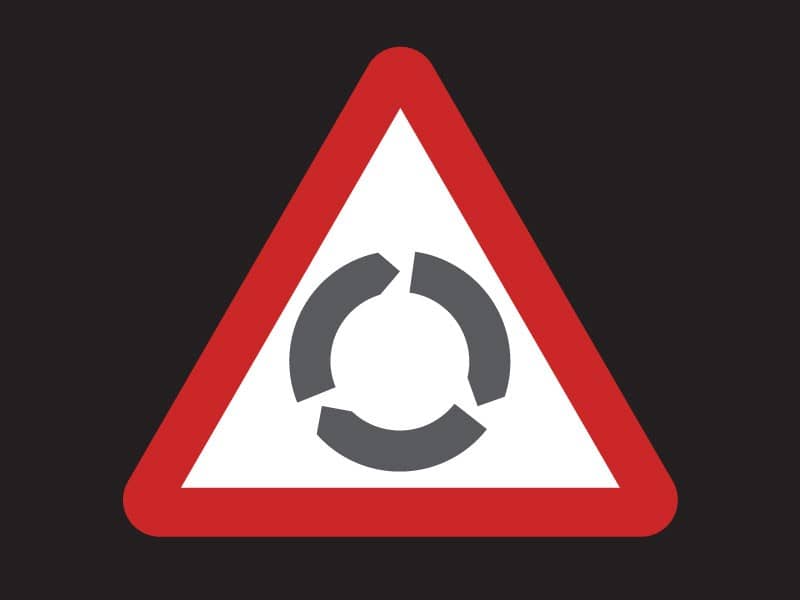 A major new road scheme aimed at alleviating congestion at the bottom of Scotch Street and the Newry Road in Armagh has gone to DoE Planning Service for approval, Armagh I can exclusively reveal.

The works – which would cost in the region of £800,000 to complete – would involve the creation of a new mini roundabout where Scotch Street meets Dobbin Street, situated at the bottom of the steep Scotch Street incline.

The plan would include removing part of the Friary Road car park, with a flagged paving area in front of the new Dobbin Street toilet block. The roundabout would be located directly in front of this.

With the road therefore widened, this would allow for a central square area of car parking there instead – for in the region of 30 spaces, including two disabled – in the area currently occupied by the raised pedestrian platform directly in front of Johnston’s Bakery.

The new car parking area would be bordered by new granite paving, in keeping with the rest of the city centre’s streets, improved some years back as part of the public realm scheme.

The entrance and exit to this new park would feed directly into the new roundabout.

Also included are TWO lanes of traffic coming into Armagh from the Newry Road, instead of all traffic currently filing through in one lane. The separate turning lane at the bottom of the Newry Road on to Friary Road remains.

Of the two lanes from Newry Road, the right hand one would be specifically for turning in the direction of Barrack Street only, while the left would be for traffic travelling in to the main city centre but will also accommodate Barrack Street traffic.

The plans also include for new pedestrian crossing facilities in the area.

An application has been submitted by the DRD Roads Service’s Southern Division and those living in the area informed.

It is for the “realignment and provision of additional lanes, provision of controlled crossing facilities and new access to Scotch Street”.

It will be formally advertised to the public next week and will be open then to the standard two weeks consultation before Planning Service makes a decision.

A Roads Service consultation document supporting the scheme and forwarded to Planners found “no issues of concern” with the proposals. It was received by Planning Service just four days ago.

The junctions in this area have long been a source of annoyance, with many complaining that the timing of the traffic lights exiting Scotch Street on to Barrack Street only allow two or three vehicles away at a time.

The proposed works are the latest in a series in that general area, following on from road junction changes, traffic signalisation and lay-out further along the Friary Road in the area in front of the Palace gates.