M1 closed in both directions after very serious collision 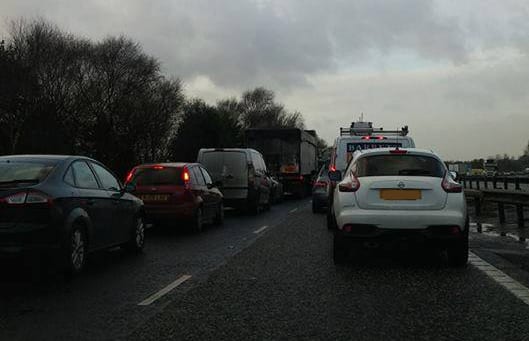 Emergency services are at the scene of a very serious road traffic accident on the M1 motorway.

It happened this afternoon near Loughgall, between junctions 13 and 14.

The incident has happened in the northbound lane, according to eyewitnesses, but is closed in both directions.

One eyewitness told Armagh I two fire engines were among the emergency services attending the scene.

They said: “It looks like two vehicles have been involved. It’s hard to see what is going on. Traffic is a standstill.”

The road is expected to remain closed throughout most of the afternoon.