Locals have been able to get their hands on three varieties of Spadetown beer this week – Long Face Lager, Po Faced Pils and an IPA called IPAHHHH 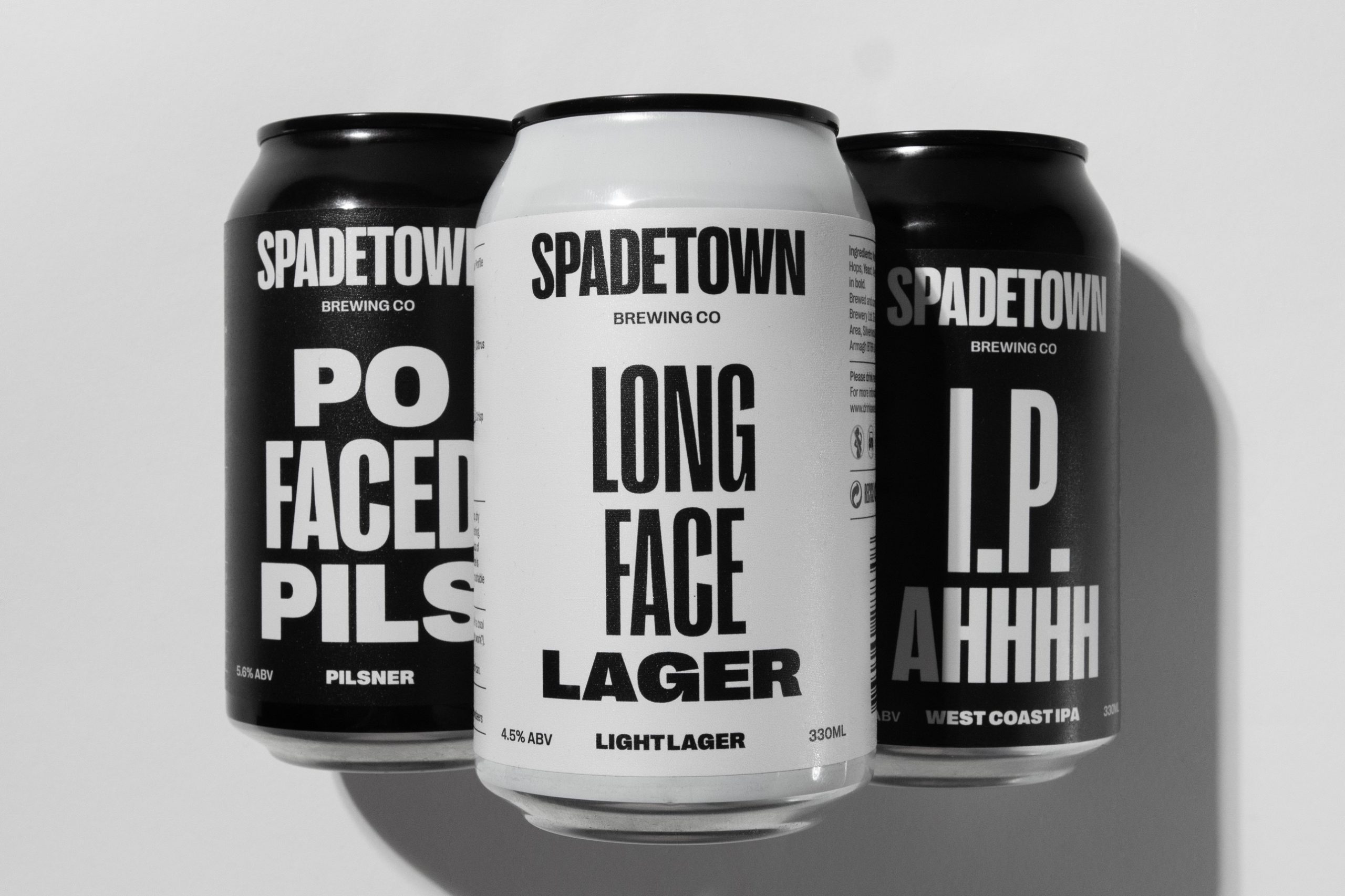 Lurgan’s very own brewery has confirmed that its first beers are now on sale in its hometown.

Spadetown, which was founded by a group of local people with a passion for beer, has delivered its much anticipated four-packs of cans to off sales including The Courthouse, The Stables and the Woodville Arms.

Locals have been able to get their hands on three varieties of Spadetown beer this week – Long Face Lager, Po Faced Pils and an IPA called IPAHHHH.

A significant investment has been made to create the brewery, which recently gained its various licenses to brew and sell beer.

The beers going on sale in Lurgan is a significant step forward for the business which expects a big 2022 with beers being even more widely available next year.

Co-founder Patrick McAliskey (pictured) who was behind a highly successful tech company that he sold in 2019, said: “After Novosco, I wanted to do something a little bit different. That something has been creating Spadetown Brewery, a labour of love and something I hope will be a real jewel for Lurgan. “We’re now selling our Lagers, IPAs and Pils in select outlets in my hometown. Watch this space as we build the business and add more strings to our bow over the years ahead.”

There are also plans by the group to create a distillery based in Lurgan; the first in the town since 1837. It will go under the name Lough Neagh Distillers when it opens in 2022.

Speaking whenever plans for the brewery and distillery were announced earlier this year, Vernon Fox said: “I have long wanted to open a brewery and distillery in Lurgan, drawing on centuries of tradition, given that Lurgan was home to one of the island’s largest distilleries – Greer’s Distillery – until it burnt down in 1837, and that the wider area was previously a hub for micro brewing.

“My plans to do so were put on hold due to the pandemic but that has become a positive as it led to new conversations with other local people who are passionate about the area’s brewing and distilling heritage, and to new investment and even bigger plans as a result.

“We want to rekindle Lurgan’s deep history with distilling and the history of brewing on the southern shores of Lough Neagh.

“We want to build brands and products that will connect with customers locally and around the world, leading to job creation, further investment in Lurgan, and more visitors to the local area,” he continued.

“Our philosophy is to do things in the right way, building a great business culture and brilliant environment for our team to work in, having the best equipment and processes to produce fantastic products, and doing things sustainably. As part of this, the brewery and distillery will become entirely carbon neutral” he adds.

Get a sneak peak at the new brewery here: https://youtu.be/hG1PjIOuFBE