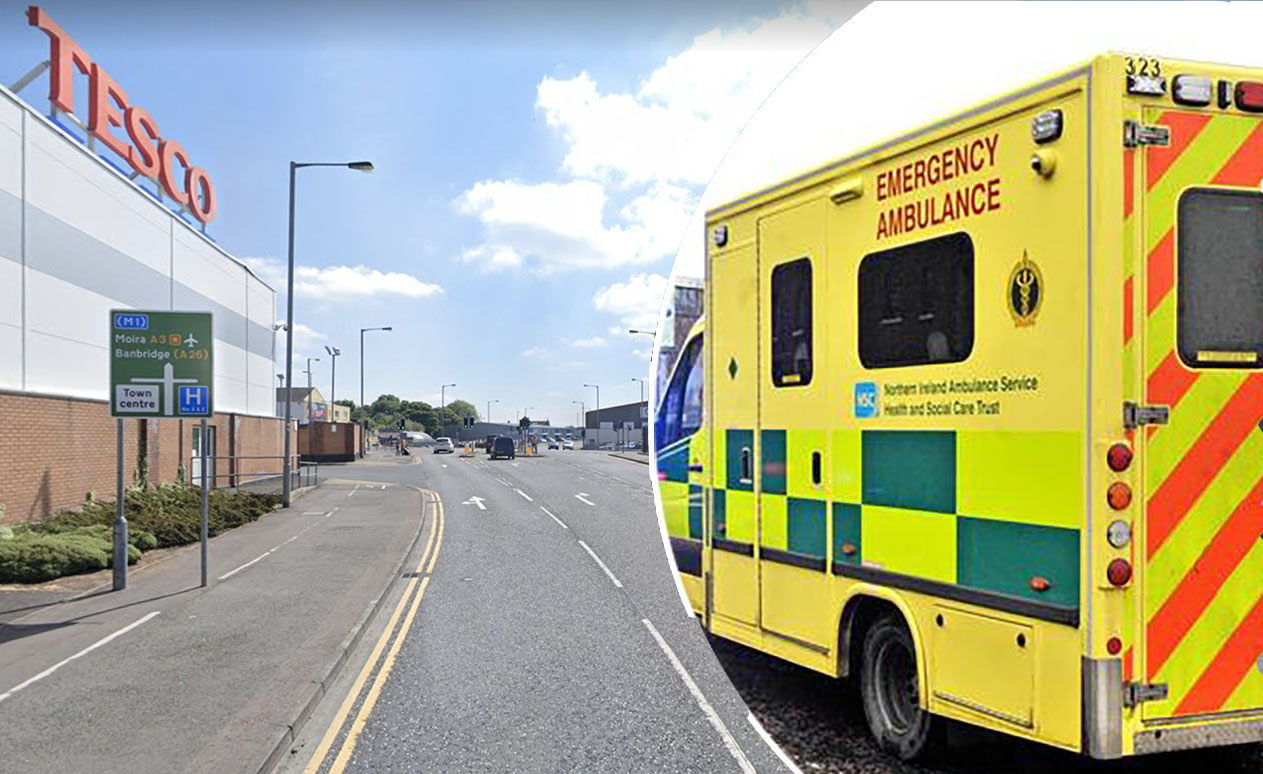 A young male pedestrian has been taken to hospital following a collision outside Tesco in Lurgan.

Emergency crews responded to a report of a road traffic collision in the Millennium Way area of of the town at around 9am today, Wednesday.

A young male pedestrian received treatment at the scene from colleagues from NI Ambulance Service and was subsequently taken to hospital.

One woman was cautioned by police at the scene in relation to the collision.

Enquiries are ongoing, and anyone who may have witnessed the incident, or who has any dash cam or other footage which could assist, is asked to contact 101 and quote 324 of 09/02/22.

A spokesperson for the Northern Ireland Ambulance Service said they received a 999 call at 8.55am this morning.

“NIAS despatched one emergency crew to the incident and following assessment and initial treatment at the scene, one patient was taken to Craigavon Area Hospital by ambulance.”