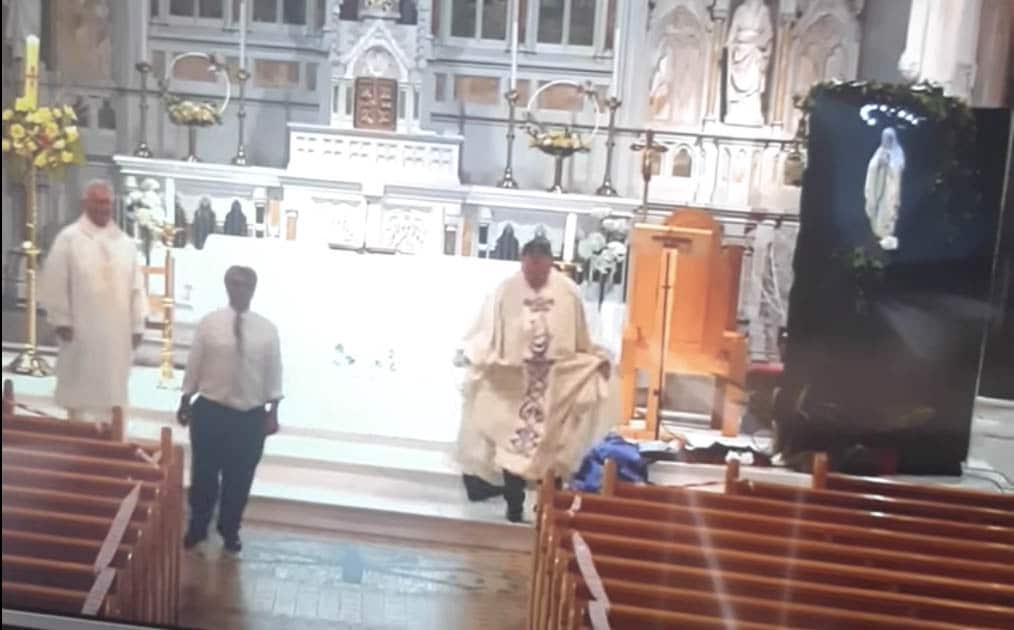 And there we were thinking that the dancing priest was from an episode of Fr Ted.

Fr Liam Finnegan just could not stop dancing no matter what in an episode of the classic and much-loved Channel 4 sitcom.

But it has been a week for strange videos and something seems to have got into the water around some local parishes.

We had Fr Jimmy McPhillips with the ultimate jape when he ‘accidentally’ played a recording of The Sash during Mass in Lisnaskea.

And we don’t just have a dancing priest – we have two and the sacristan to boot!

Patricia Lavery captured the hilarious moment (see below) at the end of Mass in St Peter’s in Lurgan on Saturday night.

In the video, Fr Wright is seen on the left and Deacon Kevin Devine on the right with Noel McCann, the sacristan, in the middle.

“Noel has done a dance the last few weeks so I decided to record it this week as I thought he would do something again and by chance he had the other two lined up to dance as well!

“We all need a good laugh at these strange times.”