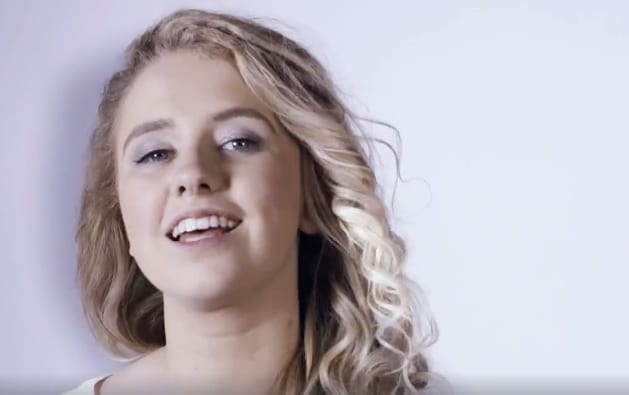 Just two years later, using the same battered iPod, her videos have captured the attention of over 500,000 active viewers around the world.

As it stands, now 17 years old, Emma has accumulated over three million views across her various channels and has charted at number three on the iTunes Singer / Songwriter chart (alongside Passenger, Ed Sheeran and Tracy Chapman) with her cover of ‘Little Lion Man’ by Mumford & Sons.

Emma is set to release her debut single ‘Right Here’ on Friday 13th May via Hope & Fury Records. Co-written by Callum Stewart and Tre Sheppard, and produced by Tre Sheppard and FVRY, Right Here is three minutes of glorious pool-party-pop.

“I cannot wait to release my new single, it’s a summer fun tune that I hope people will love,” said Emma.

Aside from spending most of 2016 writing and recording in the studio, Emma recently performed with Janet Devlin, CoolFM at their St.Patrick’s Day festival in Belfast, spoke at The Young Enterprise NI Award ceremony and appeared with actor James Nesbitt in recent UTV drama The Secret.

“Performing is definitely my passion,” she added. “The adrenaline I feel from the crowd and the music is something very special.” Right Here will be available for digital download on all major online outlets.”