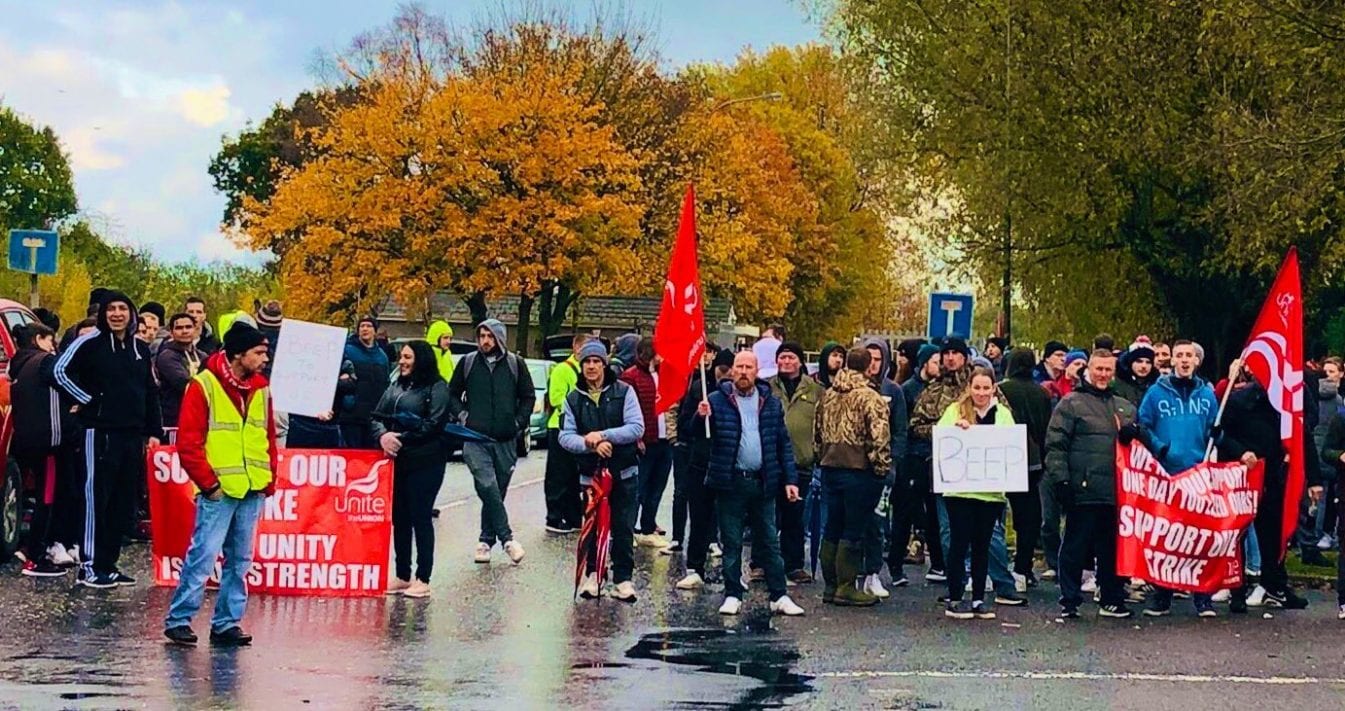 A union has today declared victory in their fight for increased pay for its workers at a Co Armagh meat processing plant.

Workers at the ABP Meats site in Lurgan secured a 5.2% pay rise over the next two years.

“This is a clear victory for workers,” he exclaimed. “Through adopting a willingness and determination to engage in collective action, including a first twenty-four hour stoppage the main objectives were won.

“The pay deal accepted today will see an uplift to pay of 5.2% over two years – that matches the current rate of inflation as measured by the retail price index over the period.

“That should mean that workers see no diminution of their pay in real terms. At the same time, management plans to bring forward start times for shifts – which had resulted in huge levels of concerns among parents and carers given its impact on their ability to provide cover for care responsibilities – have been smashed.

“During the course of the strike action, it became clear that workers had wider concerns and these too have been addressed by this pay deal.

“We won essential changes to payslips which will make them fully transparent, an essential in this industry as it’s based on piece work.

“What is more, management has agreed to enter into LRA-mediated discussions with workforce representatives on a range of issues of concern to them – this includes holiday arrangements, toilet breaks and finish times.

“I want to congratulate the workforce on securing this outcome. They have once again demonstrated the power of a union and of workers when they take a resolute collective stand.

“Unite officials and organisers will continue to engage with members at ABP Meats to ensure that all commitments entered into by management are fully delivered upon. We hope that this resolution to the industrial dispute offers a solid basis for our future and positive engagement with management to the benefit of our members,” Mr Hewitt concluded.

A spokesman for the company said: “ABP is pleased that its pay offer has been accepted by colleagues at its Lurgan processing plant.

“The company would like to thank the Labour Relations Agency for their prompt assistance in securing a satisfactory outcome and welcomes their involvement to support further discussions with work force representatives.”