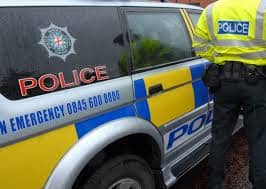 The illegal parade in Lurgan which saw 15 men arrested over the weekend has been condemned.

Doug Beattie MC MLA has called on a more proactive approach in preventing these illegal and intimidating displays.

“Again this weekend the people of Lurgan have been subjected to yet another illegal republican parade,” commented Mr Beattie.

“Men dress in paramilitary uniform, with their identities hidden, have once more flaunted the law, as they did in March, and in doing so intimidated the local population. The parade which was to the illegally built republican memorial in the Kilwilki area of Lurgan does nothing to promote peaceful republicanism. Instead it is an attempt to drive a wedge between the local Unionist and Nationalist communities.

“I have nothing but respect and total support for the Police Service of Northern Ireland (PSNI) as they go about their difficult task of policing our communities-but there comes a time when proactive measures must be taken and these parades must be prevented from taking place without notification. I welcome the arrest of 12 men after the parade and I wait to see what further action will be taken – but the damage has already been done.

“It is clear from numerous videos that have been posted young people were in attendance at this parade as they have been previously. These young people will be influenced and corrupted by those who have nothing to offer society. These is no place in our new peaceful Northern Ireland for men to prance about in paramilitary uniform promoting the past in an attempt to make it our future.

“I call on the Executive and in particular the new Justice Minister to make a clear and unequivocal statement that the PSNI will no longer watch and wait but will take immediate action to stop these illegal and intimidating parades before they take place.”