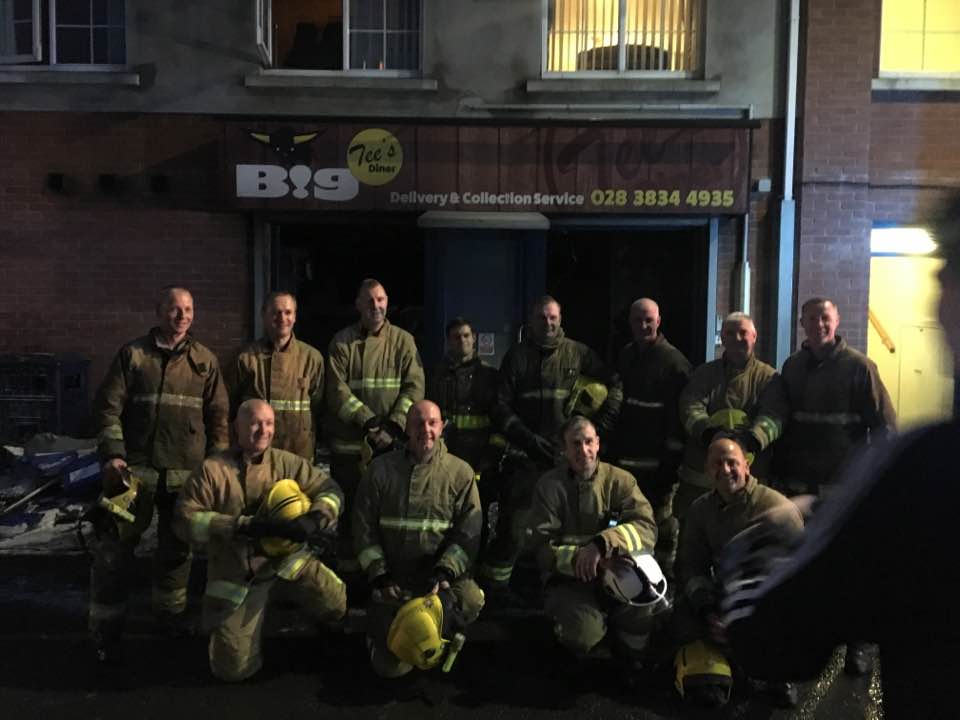 Swift acting firefighters prevented a serious blaze from getting out of control at a county Armagh chip shop late on Monday night.

The fire broke out at Big Tee’s Diner in Lurgan just before 8pm last night.

Two crews from Lurgan and one from Portadown attending the incident at the Victoria Street premises.

The fire took just over an hour to deal with with crews wrapping up around 9.20pm.

The cause of the fire was considered accidental.

Councillor Declan McAlinden was full of praise for the firefighters’ prompt action.

“Massive thank you to Lurgan Fire Brigade tonight [Monday] on dealing with a serious fire at a food premise in Lurgan,” he said.

“Their quick response no doubt prevented a more serious situation,