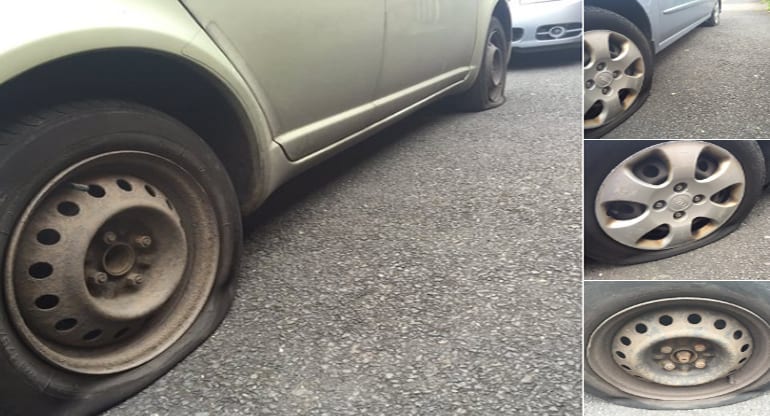 An attack on two cars belonging to a Sinn Fein activist in Lurgan has been condemned by the party.

It is the latest attack on the party following the destruction of advertising across north Armagh.

Assembly candidate Catherine Seeley has hit out at those responsible.

“Those who resort to skulking around in the middle of the night attacking the property of those who present a democratic coherent strategy of bringing about change are devoid of political thinking,” said Ms Seeley.

Someone punctured my tyres last night…I’ll still be walking to my polling station Tomorrow to Vote for Sinn Féin pic.twitter.com/ncAjn3esNN

She added: “The attack on two cars belonging to the family of Johnny McGibbon should be condemned by all those who support the democratic process.

“This attack on personal property belonging to a long-time Sinn Féin activist is a step up on the recent attacks on Sinn Féin billboards and posters.

“Johnny McGibbon has worked tirelessly for his community including the promotion of the Irish language as Sinn Féin’s National officer.

“I would appeal to anyone with information to bring it forward to the PSNI so that the culprits can be caught.”