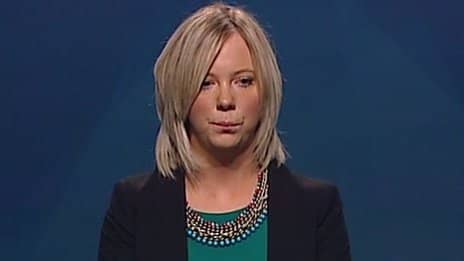 Deputy Lord Mayor and Sinn Féin Assembly Candidate Catherine Seeley was the main speaker this weekend at the annual Easter Commemoration in Derrymacash. Speaking at the graveside of local man Michael Crossey, Ms Seeley said that over the past 100 years republicanism has seen many twists and turns but that in 2016 Sinn Féin have the largest amount of political support since before partition.

“During Easter Week and in the 100 years since, Republicanism has seen many twists and turns; as well as some inspirational and formidable men and women. Vol. Michael Crossey is one of those. A young republican activist from a family of republican activists, in many ways Michael Crossey represents that factor that crosses generations and time – between 1916 and the most recent phase of struggle in Ireland. A young person who felt he had to stand up for his people, for his country and for the future” she said.

Ms Seeley continued: “100 years on from the Easter Rising, it is clear that the ideals and ideas of the leaders of 1916 live on. The goals of ‘cherishing all the children of the nation equally’ and of national independence are still very much alive, unfinished business. We have been left our patriot dead but more importantly – we have been left their ideals and their ideas.

“But the future lies with us of 2016; the people of this generation. Sinn Féin now has more support than at any time since partition.

“There is now a peaceful way to achieve republican objectives and we must grasp that opportunity with the same commitment and vigour that drove people like Pádraig Pearse, James Connolly and Michael Crossey.

“On the 5th May we face an Assembly election, where Sinn Féin are challenging for two seats in the Upper Bann constituency. Winning two seats in this area is the next big contribution we all can make to the campaign for a fairer society and a Border Poll referendum on a United Ireland.