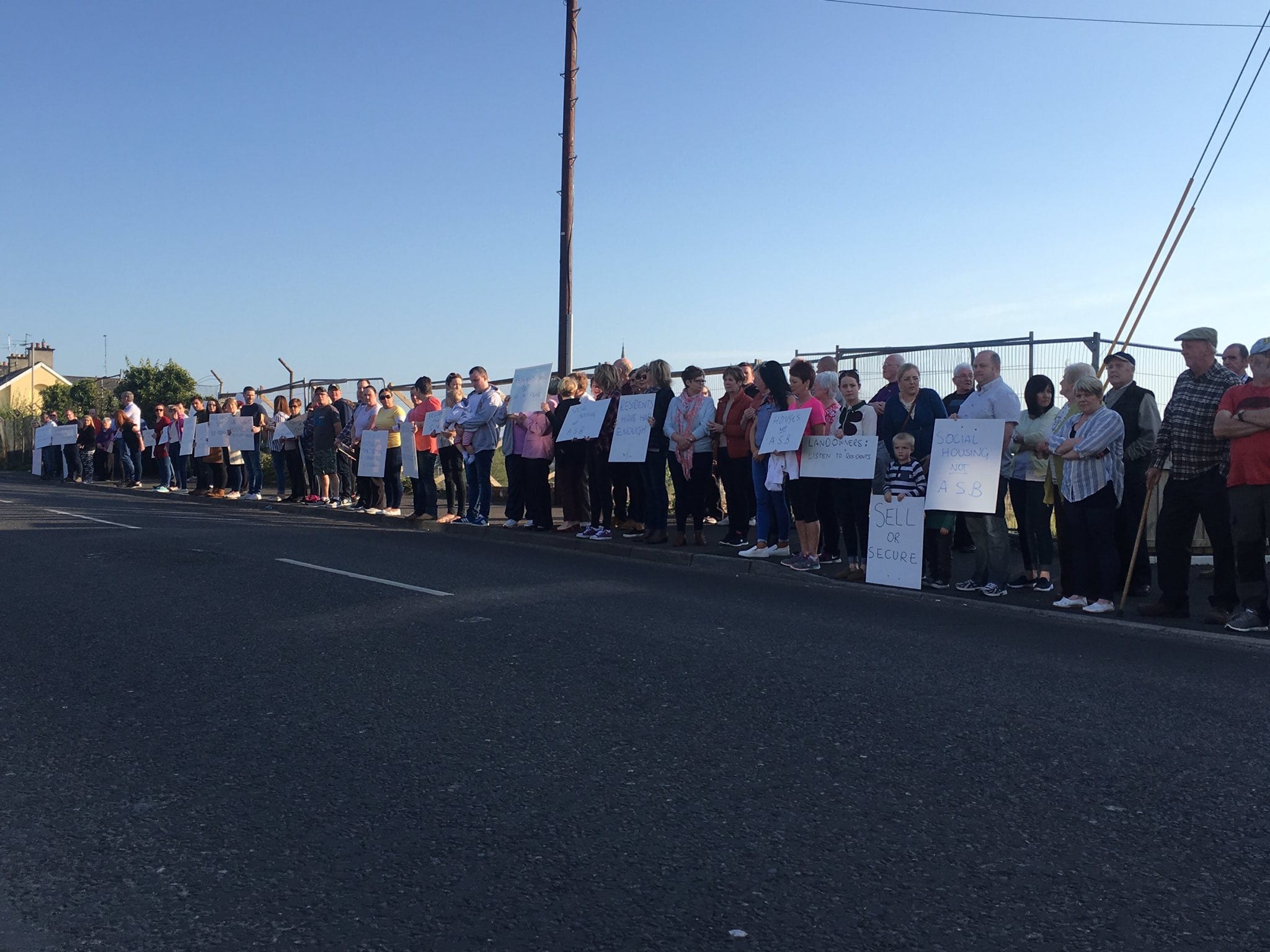 Residents in north Lurgan have staged a roadside protest demanding action be taken to resolve the ongoing issues at the Clendinnings site in the town.

Residents formed a line along the site at Victoria Street which has been plagued by anti-social behaviour in recent years.

In August 2015, it was the scene of a bomb attack mounted to target PSNI officers.

For over a decade there have attempts to tackle the growing trend of anti-social behaviour.

Armagh City, Banbridge and Craigavon Borough Council wants to see a substantial development of the area at Victoria Street, known locally as Clendinnings.

Councillor Haughian has previously said that a “massive investment” was required there.

Protesters held placards demanding “social housing not drink and drugs” and calling for the land to be secured or developed to put to an end anti-social behaviour.