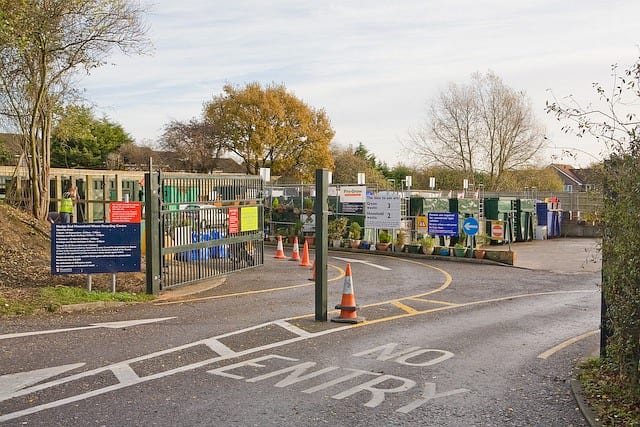 A recycling company and its director has been heavily fined after failing to manage asbestos safely at a former factory site in Co. Armagh

Ace Recycling (NI) Limited and its sole director have today been fined a total of £28,000 for health and safety breaches, including failing to ensure a suitable and sufficient assessment was completed to identify the presence of asbestos at a former factory site at Shaerf Drive, Lurgan.

James McCoubrey, director of Ace Recycling (NI) Limited, was also fined for failing to comply with a prohibition notice.

The prohibition notice was served by an HSENI Inspector to prevent any further work involving asbestos from continuing at the site.

Demolition work at the former factory site commenced during December 2016 and continued through to February 2017.

An independent contractor, not a licensed asbestos removal company, was tasked by James McCoubrey to remove asbestos containing materials from the site, the extent of which were unknown.

Suitable precautions were not taken by the contractor during the demolition process to ensure the safe removal of asbestos.

Following receipt of a complaint regarding the alleged removal of asbestos, a HSENI Inspector visited the site at Shearf Drive on February 8, 2017.

A subsequent visit by the same inspector identified that the prohibition notice had not been complied with and further unnecessary asbestos contamination of the site had taken place.

HSENI Inspector Kyle Carrick said: “This case highlights the importance of surveying a property for asbestos to minimise the risk of exposure to asbestos fibres from subsequent work activities.

“The risk of exposure to asbestos could easily have been avoided if a suitable and sufficient assessment to identify the presence of asbestos had taken place before commencing demolition.

“In addition failure to comply with the prohibition notice in this case has resulted in workers being unnecessarily exposed to asbestos.”

Further information on the legal requirements of working with asbestos containing materials can be found on HSENI’s website at www.hseni.gov.uk/topic/asbestos