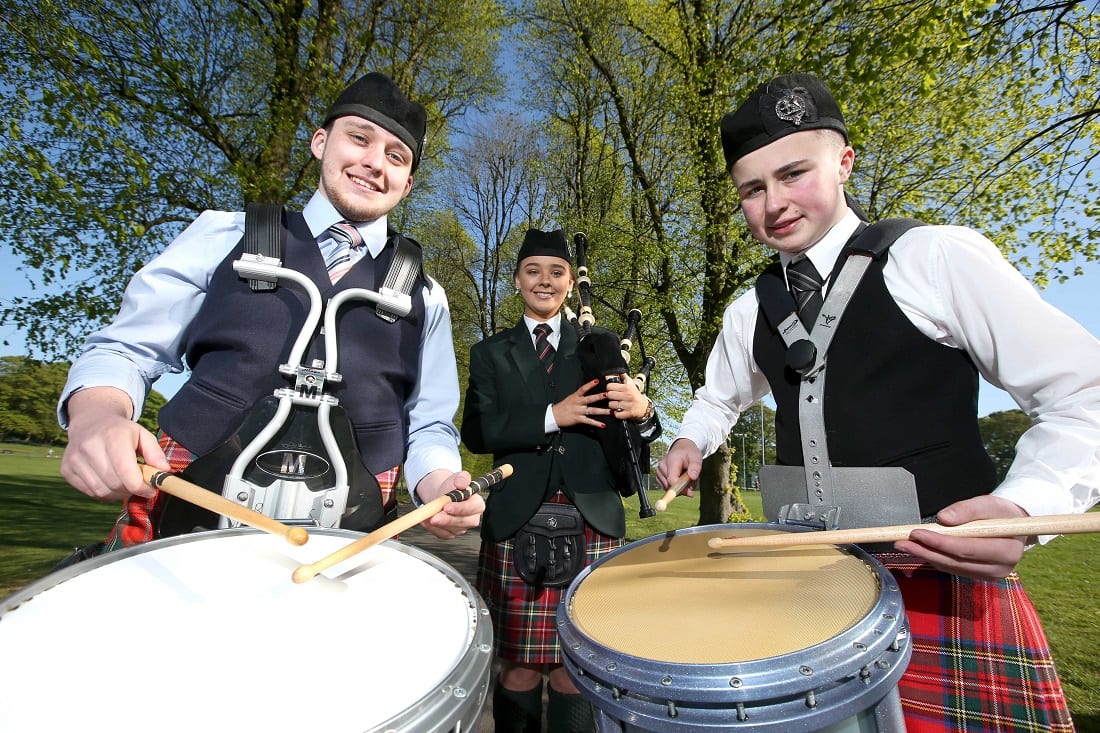 Lurgan Park will once again come alive with the music of the pipe bands when the prestigious All-Ireland Pipe Band Championships are held in the picturesque park for the first time on Saturday 1 July.

The championships rotate each year between a venue in the Republic and Northern Ireland.

It is one of the key outings in the pipe band calendar and comes hot on the heels of the successful Craigavon & District Pipe Band and Drum Major Championships held in the park two weeks earlier.

Organised by the Joint Association Council of the RSPBA NI Branch and the Irish Pipe Band Association in partnership with Armagh City, Banbridge and Craigavon Borough Council, the contest gets underway at 10.15am drawing to a spectacular close at 6pm.

Up to 65 pipe bands and 45 drum majors from all over Ireland, North and South, are set to compete including Field Marshal Montgomery Pipe Band, St Laurence O’Toole, McDonald Memorial Band from Dromore and Battlehill Pipe Band from Portadown.

The current Victorian and Australian Champion School Pipe Band, Scotch College Pipes and Drums will be travelling from Australia to the picturesque park to compete, showcasing their melodic talents with a wonderful spectrum of music.

There will also be plenty of entertainment on offer with a wide range of delicious food at the cuisine court, a staged area with cultural music, highland dancing along with face painting, balloon modelling and a kid’s fairground zone to keep your little ones entertained.

Lord Mayor, Alderman Gareth Wilson commented: “I thoroughly enjoyed the recent Craigavon & District Pipe Band Championship event so I am delighted to be welcoming the All-Ireland Championships to Lurgan Park. Visitors can enjoy the excellent spectacle of the pipe bands, the skill of the drum majors and the highland dancers in picturesque surroundings, with a brilliant atmosphere that all the family can enjoy!”

RSPBANI President, Winston Pinkerton, added: “We are so pleased to be once again returning to Lurgan Park, it is the perfect venue for these championships. There will be hundreds of competitors from near and far entertaining the crowds on the day. As always the standard will be exceptionally high level so the competition will be tough.

“With excellent music, good food and fun-filled family activities – this is truly a day out not to miss!”