Popular Colour Dash entry fee to be slashed..but charity event could run at a loss 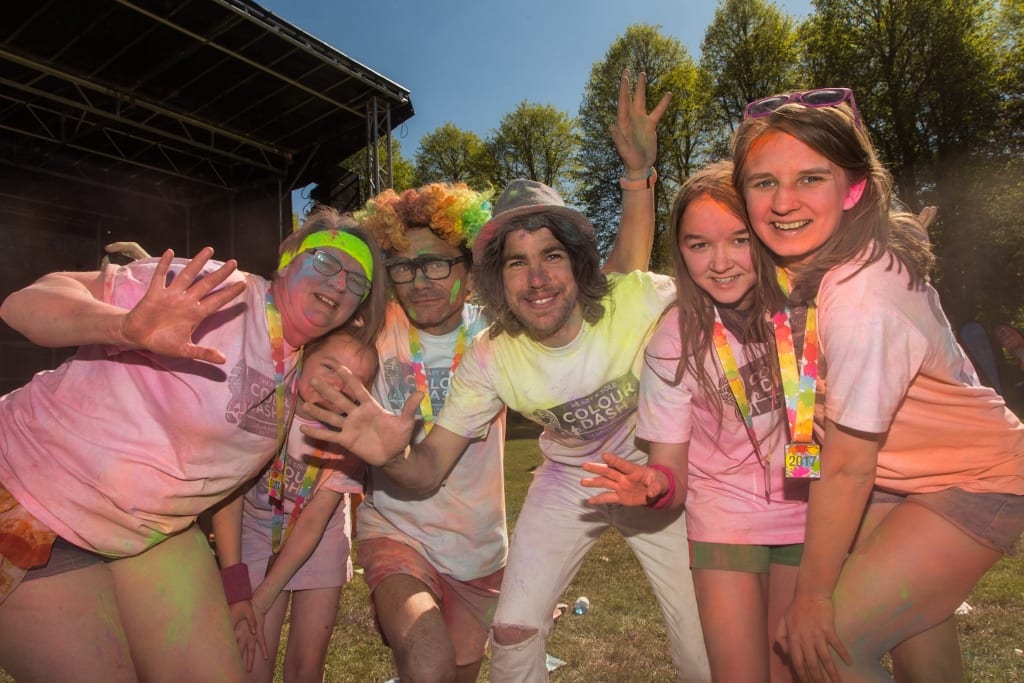 Entry fees for the popular Heart and Sole Colour Dash will be lowered next year by the ABC Council following feedback from participants.

However, the charity event, held in Lurgan Park, could run at a loss unless councillors agree to contribute £1,500 of public funds.

In Pictures: Huge crowds bring a splash of colour to Lurgan Park!

May’s event saw around 900 people take part, which saw Council fork out almost £15,000. The event though, through sponsorship and entry fees, turned a profit of £2,400, split between the two chosen charities.

Despite overall approval there was some negative feedback on cost and the council working group behind the event, has decided to reduce that from: £18 to £15 for adults; £12 to £10 for children; and £45 to £40 for a family (two adults and two children) ticket.

They wanted to lower the price closer in line Lisburn and Castlereagh City Council who charged £10 and £5 for a similar event.

Nonetheless, with the revised entry fees, the 2018 event would see an income of approximately £13,400, with an expected shortfall of almost £650, unless council funding is secured. The figures are based on 1,000 participants.

The Colour Dash team are tonight asking councillors to agree to an annual budget of £1,500 “to ensure that a high quality event is delivered and our chosen charities are supported”.

A report, which will be tabled at tonight’s Council leisure meeting, states that “feedback from this year’s event was extremely favourable”.

It also outlines how the Colour Dash “provides excellent value for money with a focus on family participation and inclusiveness”.

Councillors will decide on whether they allocate the £1,500 to next year’s event. A thumbs up will then have to be ratified at full council later this month.

It is not believed the outcome of tonight’s decision will affect the event going forward.