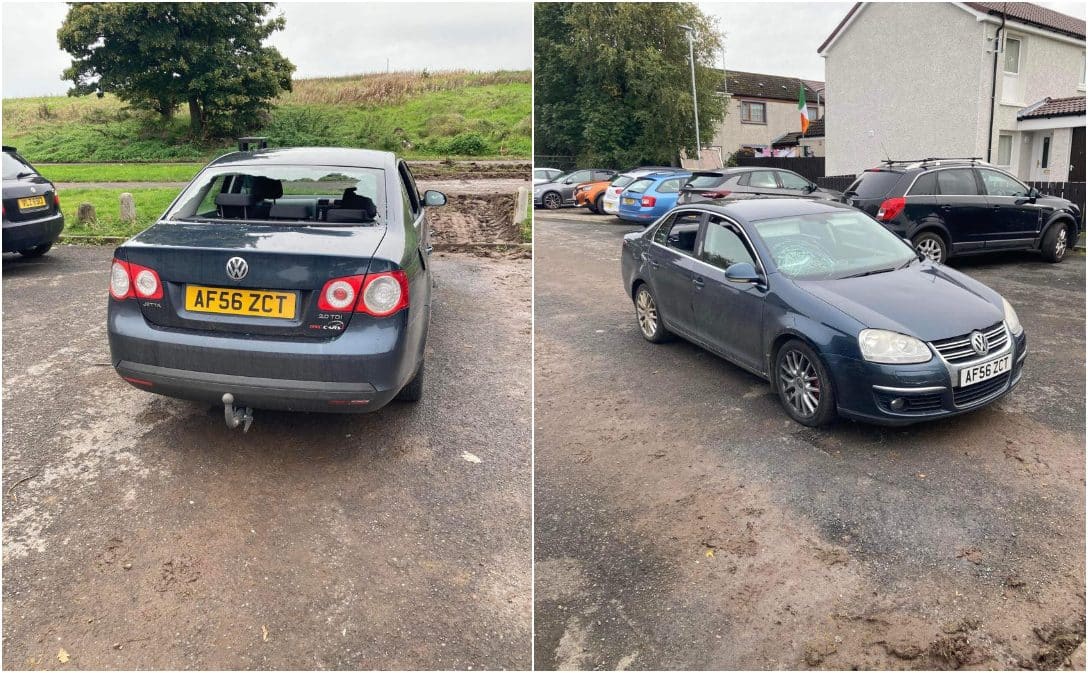 A car which drove towards a group of people during an incident at a pub near Aghagallon was later found abandoned in Craigavon.

The PSNI said they received a report of an ongoing altercation outside the pub in the Derryola Bridge Road area shortly after 5.45pm on Saturday, October 15.

A dispute had broken out between the occupants of a dark-coloured vehicle and a group of people at the premises.

Inspector Gary McCullough said: “The vehicle then drove around the back of the building and began driving and reversing several times towards a group of individuals.

“A man from the group then picked up a spade and smashed the vehicle’s back windscreen.

“Police later found the suspected vehicle abandoned in the Meadowbrook area of Craigavon on Sunday, 16th October which has been seized while enquiries continue.”

Anyone who witnessed the incident or who may have dash-cam footage is asked to contact police on 101, quoting reference number 1463 of 15/10/22.

Information can also be submitted online using the non-emergency reporting form via http://www.psni.police.uk/makeareport/  or via the Crimestoppers anonymously on 0800 555 111 or online at http://crimestoppers-uk.org/