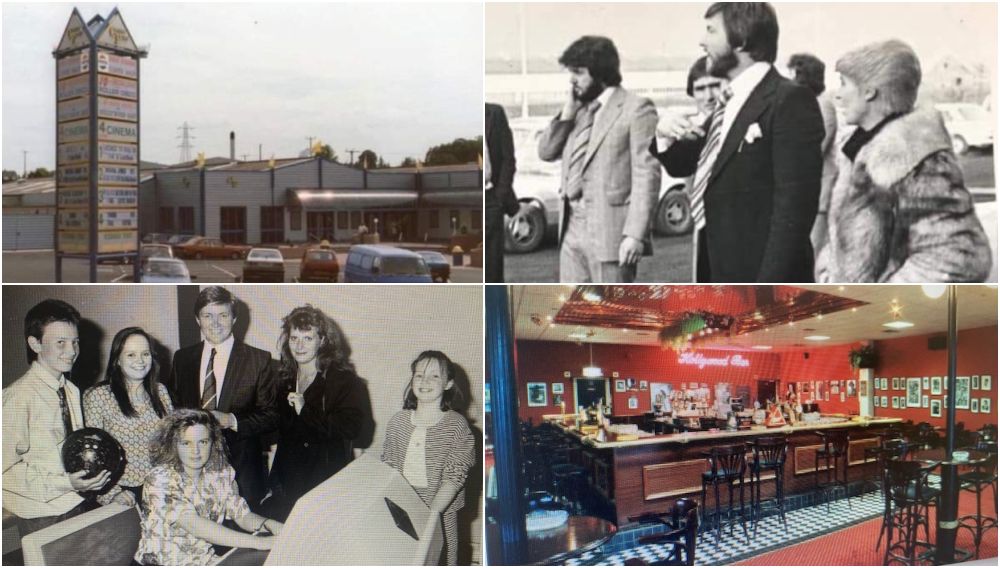 It’s officially the end of an era as Cetrepoint Leisure in Lurgan was officially sold this week.

Brian McCrory handed over the keys after more than 40 years at the helm.

At the age of 70, Brian decided it was time to retire.

Centrepoint which first opened with a bowling alley was a popular venue for young people and young couples in the 1980s.

Shortly after followed the Hollywood Bar and L.A Niteclub which were equally as popular. While the Hollywood bar closed a number of year ago, the bowling alley was still a main attraction until the Covid-19 pandemic and entertainment venues were hit hard by restrictions.

Centrepoint Leisure on the Portadown Road, which in its heyday saw people travel far and wide, will be under new ownership and Armagh I understands that the new owner wants to make it “bigger and better” starting with a refurbishment of the front. Julie McCrory – Brian’s daughter – said: “Brian purchased the site and original factory over 40 years ago as McCrory scaffolding’s manufacturing plant and over time had the vision of creating Ireland’s first leisure complex.

“Over the years, Centrepoint expanded and grew, and there are very few residents of Lurgan whose lives it didn’t touch. “It has been an emotional bittersweet handover for all involved and we would like to take this opportunity to wish the new owner, every success with his new acquisition.

“Kingham Property Specialists are delighted to still be working day to day with all the excellent business located at Centrepoint and we look forward to watching the new owners vision for growing and expanding Centrepoint come to life.

In 2018 Armagh I revealed how a new American diner drive-thru was in the planning stages as plans for the development were to be recommended for approval.

Architects’ drawings showed an ‘American Diner’ above the main entrance which would have been in keeping with an American theme at a complex where the Hollywood Bar had been located!

Plans for a drive-thru restaurant at the site had been submitted previously, and approved, back in 2012.

“As a family we all have our favourite memories of Centrepoint spanned over the last 40 years, we would love to hear your stories and see any photos you may have.”