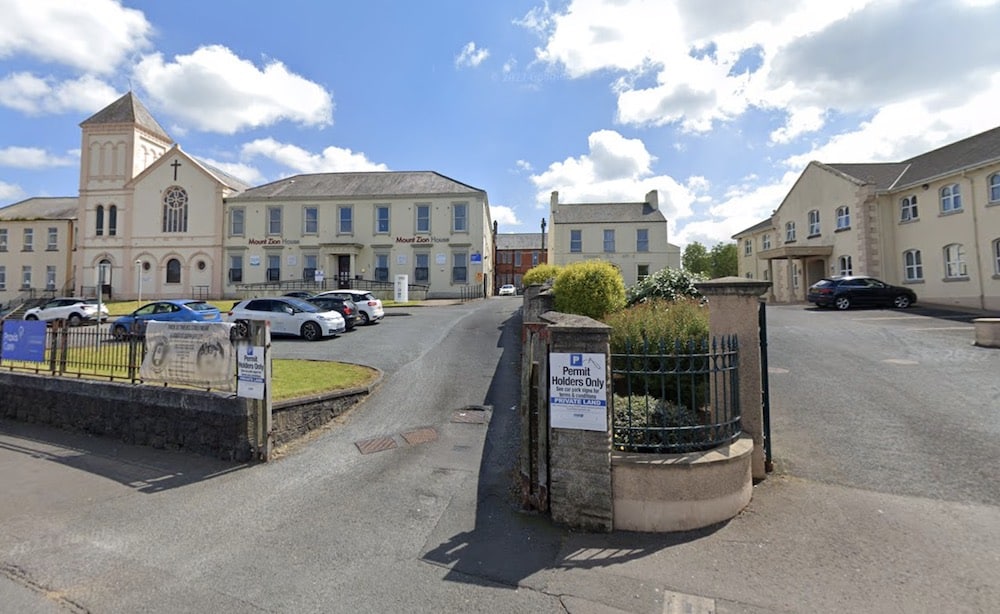 The former Zion’s Den Childcare Centre building in Lurgan is to be demolished to make way for a block of apartments.

The development – to the rear of Mount Zion House at Edward Street – is currently being considered by ABC Council planning officials.

A total of 10 two-bedroom apartments would be built if the go-ahead is given to proposals brought forward by Belfast-based Clear Partnership.

And according to a design and access statement: “The proposal represents a significant investment from the private sector, supporting the local construction market/jobs throughout the development phase.”

The site in question is “within the curtilage of what was previously the Convent of Mercy”.

The proposals would involve the demolition of the existing building and the redevelopment of the site.

In addition to the 10 apartments, works would involve the provision of a communal garden area, landscaping, car parking, bin stores and all associated site works.

A design and access statement reveals that the earmarked location had “until recently” been a day nursery and associated car park.

The block of apartments will sit in front of a garden area, with a total of 15 “unassigned” car parking spaces for residents and visitors.

Each of the 10 apartments would have two bedrooms, a bathroom, storage, and a combined kitchen and dining area.

Such a development is, according to the design and access statement, much needed.

And it adds: “The proposed site layout has been designed to create a spacious and quality residential environment, respecting the surrounding context and existing residential amenity within the area of Lurgan.”

The site is central to Lurgan and has a variety of uses, with the main convent building having been “repurposed” over the years.

The statement explains: “Mount Zion House has become a hub for community groups and local businesses, with Adoration Chapel maintained as a church serving Our Lady of Mercy nuns, who now reside in a purpose-built home beside the Springwell Centre.

“St Ronan’s College operate from the existing school adjacent to Adoration Chapel, however, they will be relocating to a new purpose-built school in 2024/25.”

The intended site is to the “southeast of Edward Street and southwest of Waring Street”.

The proposals will now be advertised shortly with a decision in due course.