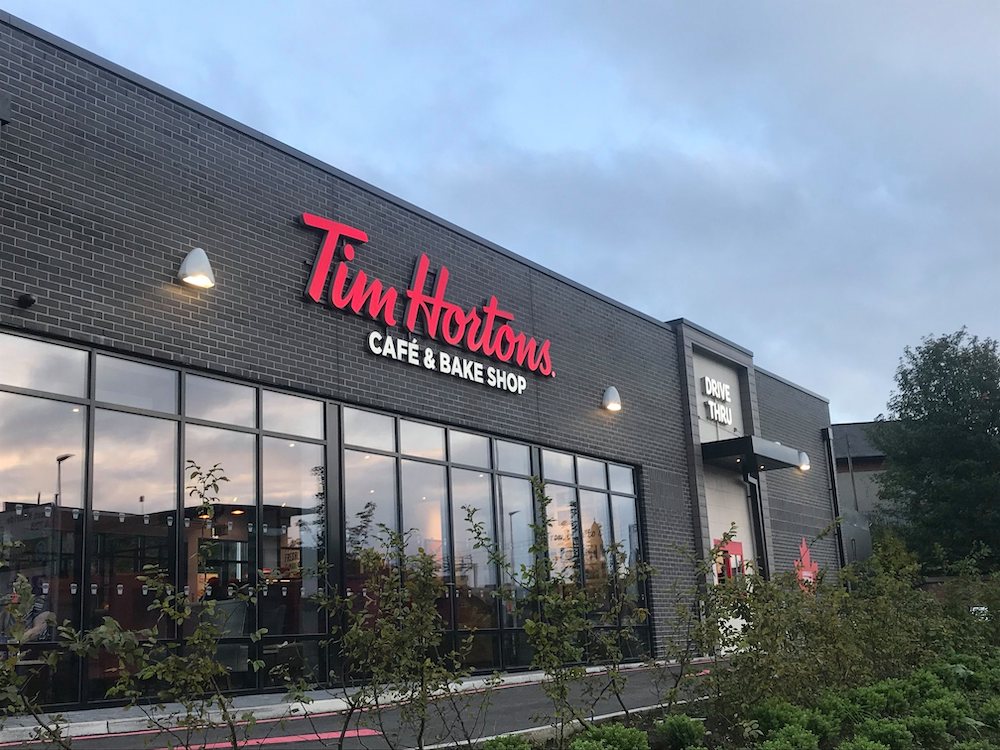 A new Tim Horton’s drive-thru restaurant in Lurgan is to be recommended for approval, Armagh I can reveal.

We exclusively reported on proposals for the development – a short distance from the new Home Bargains store – last December.

An application had been submitted to Armagh City, Banbridge and Craigavon Borough Council for consideration.

And now planning officials, who have been studying the proposals for the past four months, are of the opinion that the new drive-thru should be allowed to proceed.

That is the recommendation which they will make to ABC Council’s planning committee when it sits in April.

And it comes despite a number of objections having been received.

As we revealed last December, the world famous coffee and donut chain plans for a stand alone development, built on what is currently described as a “brownfield site”. It is expected that in the region of 10 new jobs would be created as a result.

The Lurgan drive-thru would be one of the larger of the franchise’s outlets, offering a floorspace of around 3,500 sq ft, for dining both on and off the premises.

The application had been submitted by Curleys Properties Ltd, which is based in Belfast, the applicant which had sought permission for the Home Bargains outlet.

The drive-thru will sit “immediately east” of the budget retailer’s new Lurgan superstore.

But among the objections received is one from a nearby resident who had instructed her solicitor to write to ABC Council voicing objections.

Among the reasons are the belief that it will devalue her property and “block visibility and light”, increase traffic and pedestrian numbers, pollution increase, possibility for smells emanating from the premises, and “increase in vermin likely to occur when you have such an outlet operating”.

The solicitor, on his client’s behalf, also raises concerns over the potential of young people “congregating and perhaps causing nuisance and upset to the neighbouring land owners”.

The correspondence adds: “You will appreciate that it will also add to the noise levels and our client is concerned about any future unrest which may occur.”

Despite the objection made during the course of the deliberations – and local businesses in Lurgan town centre speaking out again the drive-thru in follow-up reports by Armagh I – the application is still to be recommended for approval.

If councillors agree and endorse the recommendation by giving approval, there would be two drive-thru lanes with speakers to place orders on the outer, and these would merge into one for collections.

There is also an external seating area planned for customers.

Room is also left for the possible erection of ‘totem’ style advertising to meet the tenant’s needs.

The actual location is given in the submission to council as “vacant lands north of Millennium Way (approximately 160m west of Gilford Road /Banbridge Road and Flush Place roundabout) and south of Shaerf Drive (approximately 60m south east of Queens Walk)”.

The proposals also include car parking provision, with a total of 45 spaces and four disabled bays.

There would be “minor amendments” made too to previously approved access arrangements for the overall site. This is to construct an internal roundabout to help with traffic flow.

The company recently indicated that it wanted to open as many as 25 new outlets in Northern Ireland and tweeted just weeks ago: “We’re working hard to open as many Tim Hortons in the UK as fast as possible.”

The recommendation to approve will now be considered in early April.