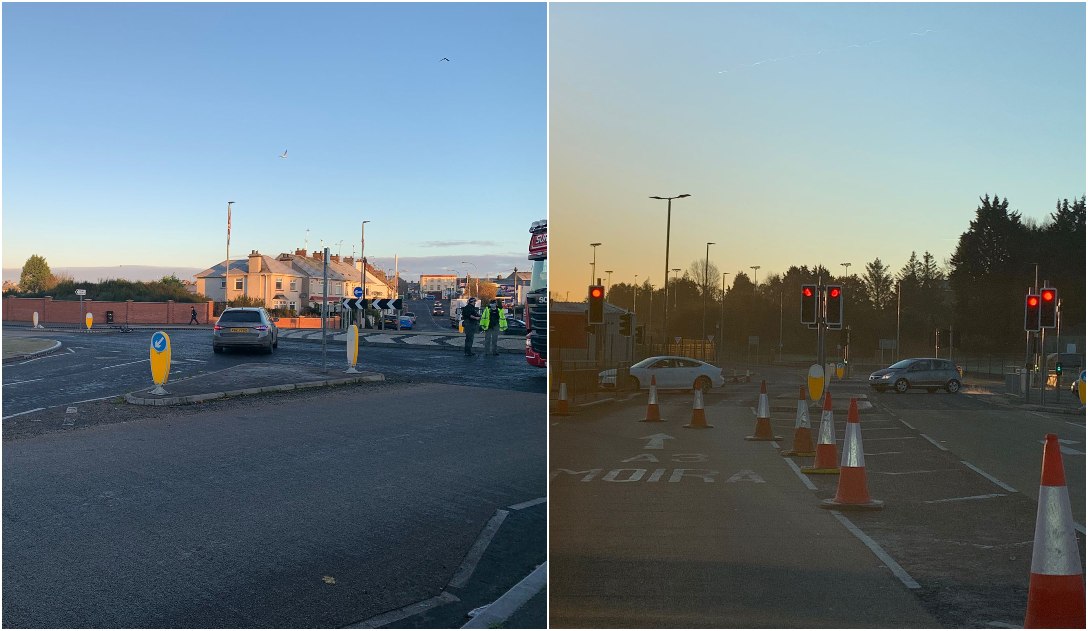 A man was taken to hospital following a serious two-vehicle collision in Lurgan late on Sunday night.

Millennium Way remained closed at the Gilford Road roundabout due to the crash which happened at 11.20pm.

A NI Ambulance Service spokesperson said: “We received a 999 call at 23.23 on Sunday following reports of an incident in the Millennium Way area, Lurgan.

“We despatched one emergency crew to the incident and following assessment and initial treatment at the scene, one patient was taken to Craigavon Area Hospital by ambulance.”

According to police, the injured man remained in hospital as of this morning (Monday).

“Police attended along with our colleagues from the Northern Ireland Ambulance Service.

“A man was taken to hospital for treatment to his injuries where he remains at this time.”