Man charged in connection with Easter Monday riots in Lurgan 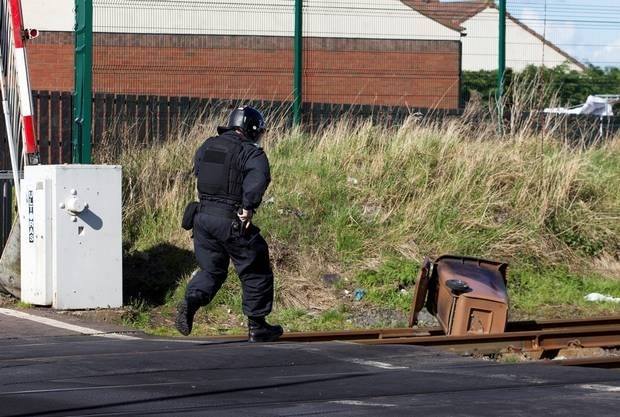 Police investigating public disorder in the North Lurgan area on March 28 have charged a 24-year-old man.

He was arrested in the Lurgan area on Saturday and has been charged with affray, assault occasioning actual bodily harm and criminal damage.

He is expected to appear before Craigavon Magistrates Court on Wednesday, May 25.

Commenting on this latest charge, Chief Inspector Jon Burrows said: “This brings the total number of people arrested and charged in connection with this disorder to nine.

“They have been charged with a total of 30 offences including riotous behaviour and throwing petrol bombs.

“We are committed to identifying those involved in this disorder and to bring the offenders before the courts.”