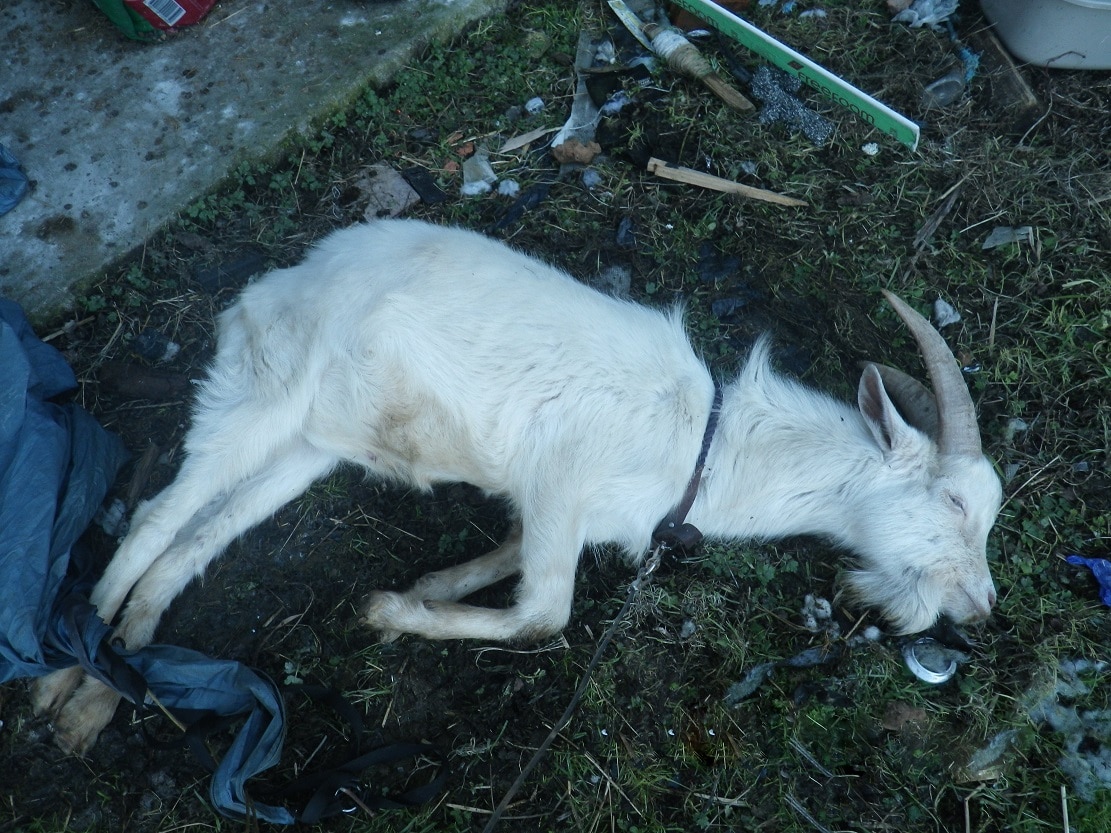 A Lurgan man has been fined for a ‘nasty offence’ of leaving a unattended goat tethered resulting in its death from injuries.

Crawford was charged with causing unnecessary suffering and failing to ensure the welfare of animals under the Welfare of Animals Act (NI) 2011.

On March 3, 2020, an Animal Welfare Officer investigated an incident at Derrycrow Road, Derrytrasna, where an unattended male goat was discovered tethered with a plastic coated wire which had become tangled which resulted in the animal being unable to move, was barely conscious and struggling to breathe.

The Animal Welfare Officer contacted a local vet and was instructed to take the animal to the practice where the vet attempted to treat the animal, however it later died due to the severity of the injuries.

Judge Brady remarked this was a ‘nasty offence’ during sentencing. Mr Crawford appeared with his solicitor via Sightlink and was fined £750 in respect of each complaint, ordered to pay £200 legal costs, £80 court costs and a £15 levy.

A Council spokesperson commented: “There is no excuse, under any circumstances, for acts of animal neglect such as this. We will continue to pursue those that fail to care for the welfare of animals and will use all enforcement powers available to us to take action against anyone guilty of causing harm or cruelty.

We would ask if anyone has any concerns regarding the safety or welfare of an animal to report it to the council on T: 028 3751 5800 or email animalwelfare@armaghbanbridgecraigavon.gov.uk”