'You had so many hopes and so many dreams about what the future was going to be like for your Conor, this young man in the prime of his life' 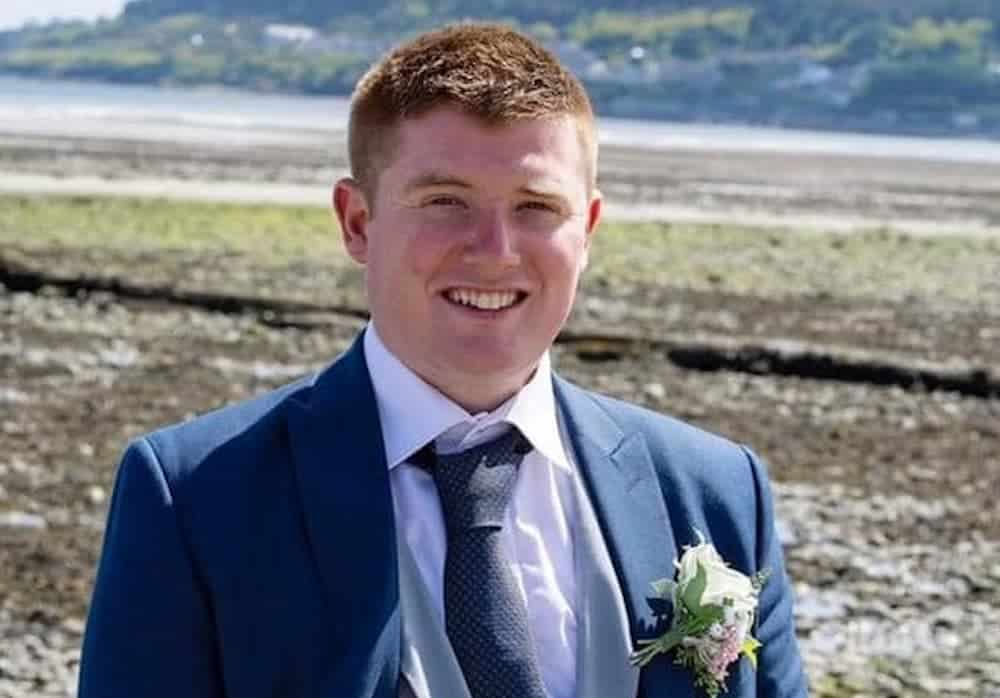 A young Lurgan man who died suddenly on New Year’s Day will “remain forever young” in the hearts of his family, a priest has told mourners.

Two photos of Conor with a tractor and trailer and a lorry were placed on the altar, representing his love of farming and agriculture.

Among the mourners were members of St Paul’s GFC in Lurgan where Conor was a former player.

He said that like the disciples in the Gospel reading, they were “hurt”, “afraid” “sad” and “disappointed”.

“Just like those disciples in the Gospel you had so many hopes and so many dreams about what the future was going to be like for your Conor, this young man in the prime of his life,” he said.

“We gather here today with his remains in front of the altar to tell Jesus what a lovely son he was. And as you think over his life, you remember how quiet he was, how quiet he could be at times in his home whenever it came to conversation, how he was a man of few words at times.”

Fr Wright said Conor had attended St Brendan’s PS and Lismore Comprehensive, leaving school at 16, and had also been a boy Scout.

“It’s a time also … to think about how his first car was a Volkswagen Golf and his last one was a Shogun Jeep and all the things in between, and you talk to Jesus and you pour out your hearts as you sit here thinking about how he will remain forever young in your hearts,” he said.

Fr Wright added that God was walking beside them even though, like the men in the gospel, they may not realise that.

“In the Gospel, he is saying to us here that  death does not put an end to a person’s life. As the disciples met Jesus, you will meet Conor again one day,” he told them.

At the end of the Mass, Conor’s sister Niamh read a reflection in which she said he had lived his life to the fullest.

She said this time of great sadness had brought so many people together and “although Conor and I were like chalk and cheese, I would not change him for the world”.

A poem, read by Rosaleen, spoke of his love for working outdoors in the countryside and nature and that his resting place would be at Ballyargan, with the “noise of cows and sheep”.

Conor’s coffin was led from the church to the music and words of ‘Boys from the County Armagh’.