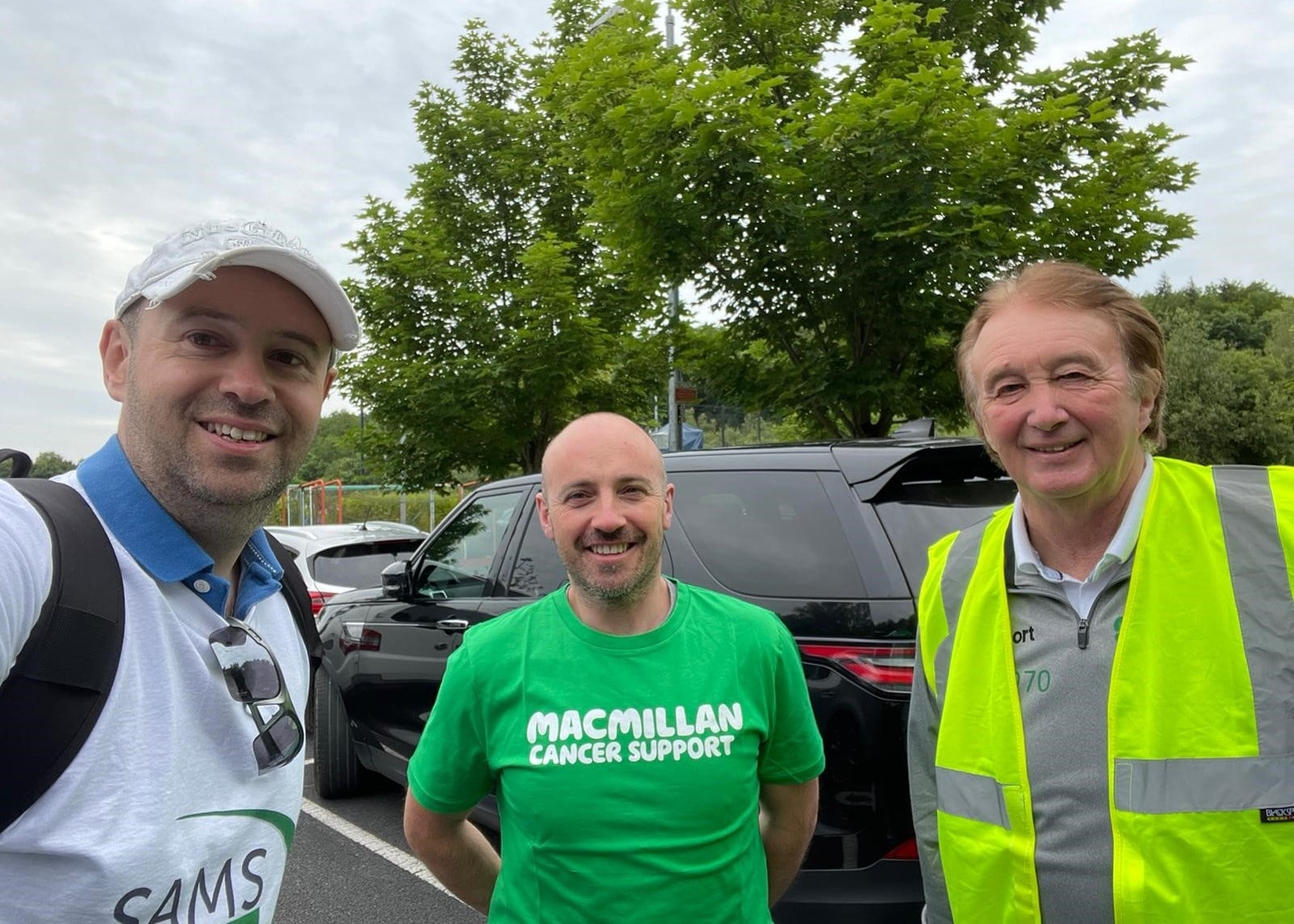 Denis Johnston has raised over £13,000 for charity with a 70th birthday walking challenge between the grounds of Lisnagarvey Hockey Club in Hillsborough and Lurgan Cricket Club.

Denis was determined to celebrate his 70 year milestone with a difference and set himself a fundraising target of £10,000 for Macmillan Cancer Support and the South American Mission Society Ireland (SAMS), two charities very close to his heart.

He set out on his birthday walk on Saturday, June 19 and 14 miles later (with a few blisters and a sore muscle or two) he completed his challenge with incredible support from family and friends.

Denis said: “I’ve had the privilege of captaining both the Lisnagarvey and Lurgan clubs in the past and it was a joy to unite those two great passions in my life through the walk. We couldn’t have asked for a better day. The sun shone, the atmosphere was fantastic and I am absolutely humbled by people’s generosity.

“To achieve the £10,000 target would have been fantastic, but to have surpassed it really is astonishing. The money raised will enable Macmillan to support people living with cancer in Northern Ireland and will go towards SAMS’ new community development project in Paraguay.” Denis’ family has felt the personal impact of cancer. His wife Hilary died 23 years ago at the age of 40, and he recently lost his younger brother Alan, an Irish cricket international, and close friend Archdeacon Philip Patterson.

Denis was supported on his walk with his sons Philip and Stephen, his late brother’s wife Moira, and the late Archdeacon’s wife Eleanor.

“This challenge has been a very personal project for me, particularly in the context of the pandemic. I wanted to do something positive at a time when people are in even greater need.

“We received important help and support from Macmillan as a family, and I’ve seen at first hand the work of SAMS overseas. Charities need our support more than ever and I would like to say a huge thank you to every kind and generous person who has donated to the total so far.”

Joanne Young, Senior Relationship Fundraising Manager at Macmillan says that the support that Denis has received is testament to his passion, enthusiasm and determination to help others.

“The money Denis has raised for Macmillan so far could enable 18 people in Northern Ireland to access a Macmillan Grant to help with the extra costs that living with cancer can bring,” said Joanne.

“Because cancer can affect people’s lives in so many ways, we do whatever it takes to give people the support they need, but we can’t do it without people like Denis. Thank you to everyone who has donated and continues to contribute to his page.”