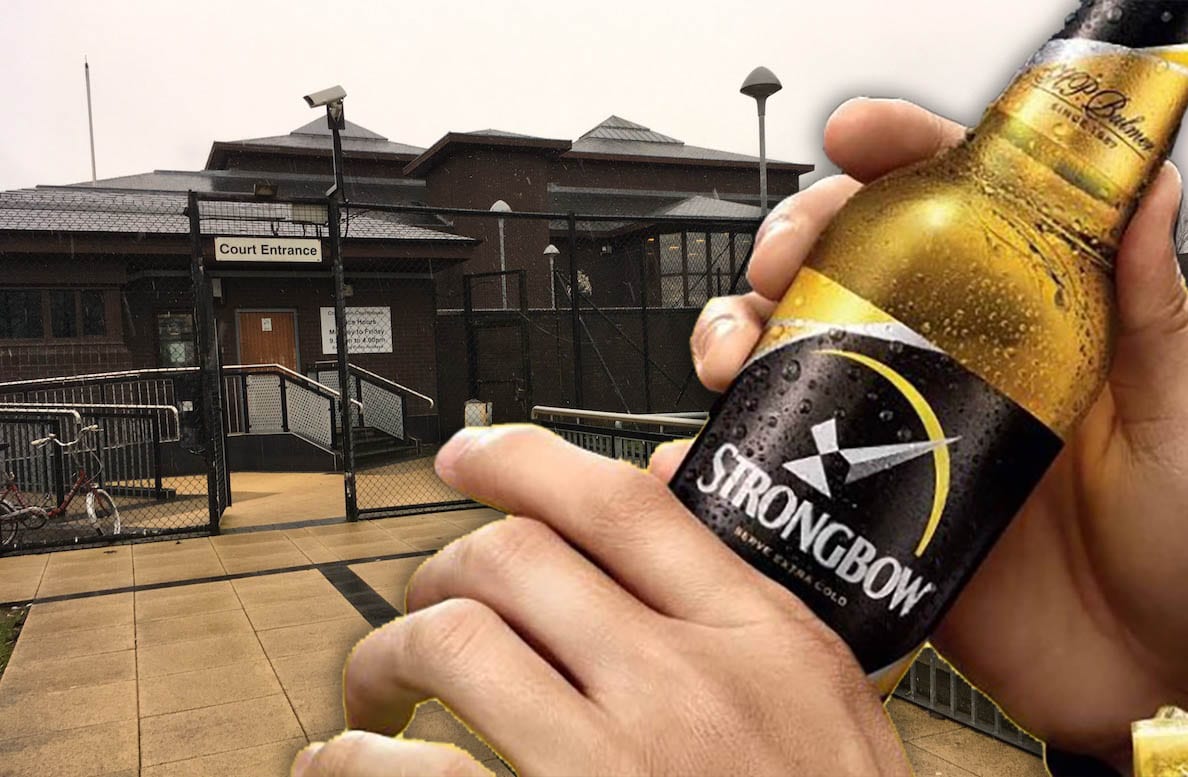 A Lurgan man who threw a two-litre bottle of cider at a police car has been handed a suspended sentence.

Court heard the 26-year-old also stole a bottle of Buckfast and Strongbow cider from a local off-licence.

These charges were accrued over two separate incidents.

The first occurred on October 20, when staff at the Lurgan Wine Company contacted police about a theft from their premises.

Court heard the items taken were a bottle of Buckfast and a bottle of Strongbow cider – valued at £10.98.

Officers viewed CCTV footage and identified the defendant as the thief.

Fegan was arrested and taken to Craigavon Area Hospital before being conveyed into Lurgan Custody Suite.

When interviewed, the defendant told police that he had been drunk at the time and that he was very sorry.

The second incident was on November 28. At around 11.55pm, police were parked in a car on Church Lane, Lurgan.

They watched Fegan get out of a car and give them the finger.

He then threw a two-litre bottle of cider which landed on top of the police car.

The two officers got out of their vehicle as the defendant got back into the car he had come out of.

Police told Fegan to get out, noting that he was heavily intoxicated.

The defendant began to shout and swear before he was arrested.

Defence barrister Aaron Thompson conceded that this was the case but stated that the three weeks Fegan had spent in custody had made him realise his problems.

It was pointed out that the defendant had been sentenced to an 18-month probation order in September, which Mr Thompson asked was not interfered with by more time in custody.

Judge Magill stated: “I give you credit for your plea and the three weeks which you have spent in custody.”

He was warned that if he were to offend again these could be activated.