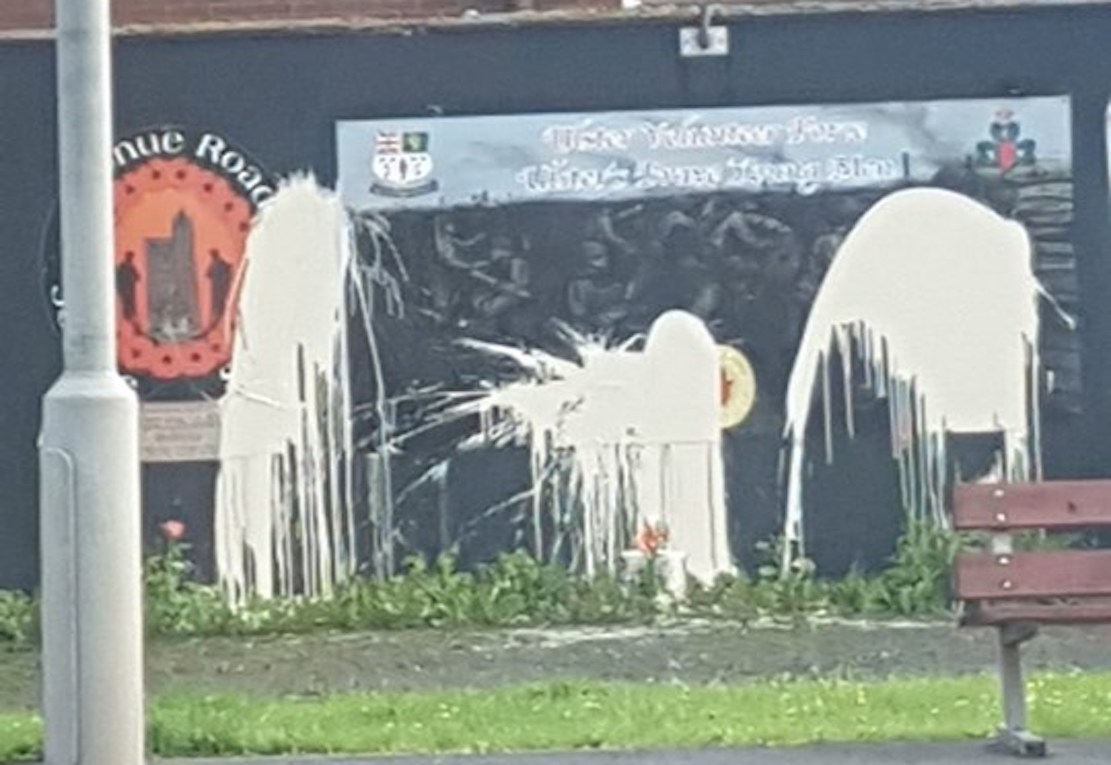 The people responsible for attacking a Somme memorial in Lurgan have been branded “ignorant and uneducated fools”.

At around 11.20am this morning police received a report that paint had been thrown over a Somme commemoration mural in the Avenue Road area of the Co Armagh town.

Chief Inspector O’Connor said: “This incident is perceived as a hate crime and I am appealing for anyone with information to please get in touch with police by calling 101, quoting reference 902 10/06/19.”

A statement from the Avenue Road Somme Society said: “Once again the ignorant and uneducated fools have attacked a memorial to our Brave.

“This mural is historical and educational and great words spoken by both sides of the community is something that we hold highly.

“Paint washes off and we will continue to educate our town of the True Heroes Of Ulster.

“Anyone any information on this attack please don’t be afraid to pass it on to the correct people.”

Sinn Féin councillor Keith Haughian has called for an end to the attacks on murals in the Lurgan area.

Councillor Haughian said the paint bomb attack on a mural commemorating the Battle of the Somme follows on from recent attacks on republican murals in the town.

“At that time I called for no one to do anything which would further raise tensions,” he said.

“I reiterate that call and urge everyone with influence in communities across Lurgan to bring these attacks to an end.

“Defacing monuments which are important to one section of the community or another is quite simply wrong.”