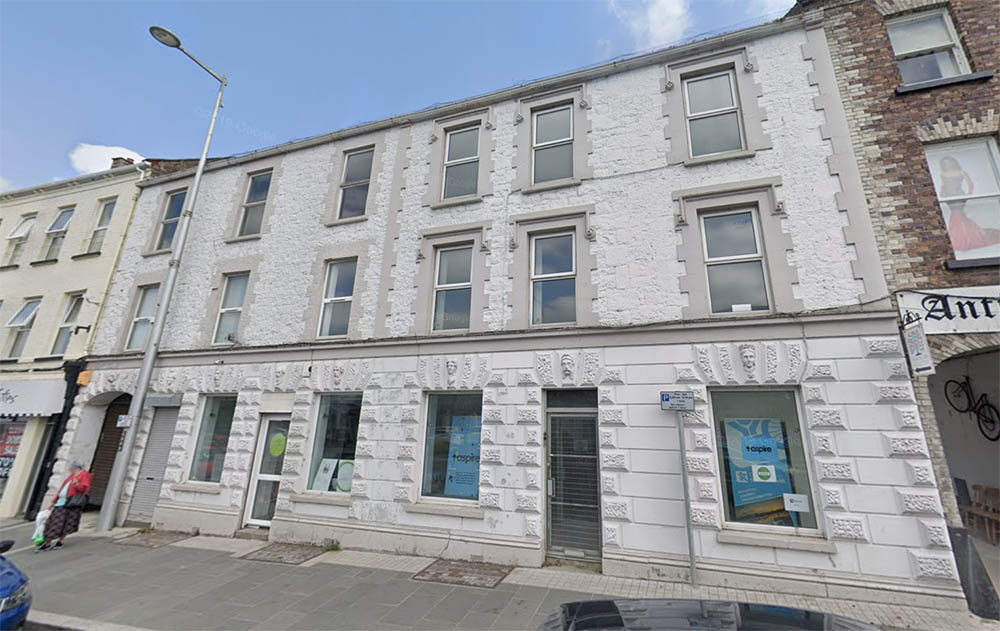 A number of Lurgan town centre’s historic properties look set to be given a new lease of life with offices and apartments on the cards.

The original properties at 42 to 46 High Street date back to the early 1800s.

Now a major mixed-use scheme is being planned, the latest to focus on restoring and refurbishing and preserving for future generations town centre buildings of special architectural merit.

These prime centre properties will be given close attention to detail.

Proposals have been drawn up by the Norman Emerson Group Ltd, with listed building consent also being sought.

The two ground floor office units at 44 and 46 High Street will be retained, with alterations and refurbishments to be carried out.

At the same time, a flat roofed extension to the rear of number 44 will be demolished.

Works will see the “alteration, conservation and change of use” of the ground floor rear returns, upper floors and former outbuildings.

These will emerge at nine new apartments.

They will, that is, if proposals submitted to Armagh City, Banbridge and Craigavon Borough Council for consideration are given the go-ahead.

The proposals include a “two storey lean-to extension” to the rear of number 44, as well as re-slating and alterations to the fenestration of numbers 42 to 46.

Associated landscaping and site works are included within the proposals.

The historic properties now earmarked for this new future are known to some as the ‘Faces’ buildings.

And this is quite clear why, given exceptional features to be found to the rear.

According to Craigavon Historical Society, 42-46 High Street were constructed in the early 19th Century, with squared rubble stonework to the upper floors.

They were occupied by a Mr Ross, who also owned the linen factory to the rear.

What is interesting is that the properties boast eight Coade stone keys – named after Elenor Coade – with fascinating sculpted heads.

According to the Historical Society, those which can be identified include Queen Victoria, William Shakespeare and a lion!

These proposals are just the latest ambitious development plans to centre on Lurgan town centre, which is currently set to benefit from a significant townscape heritage initiative boost.

In May, Armagh I revealed that a neighbouring building to these proposals, at 47 High Street, on the opposite side of the street, was also being looked at for a major investment and new future.

It has withstood much over the years and even sustained damage in an arson attack on a neighbouring property just four years ago.

What remains of the building sits adjacent to Lurgan Gospel Hall – within the town centre “retail core” – and is currently “vacant and in disrepair”.

Its “special architectural and historic interest” was recognised 40 years ago when listed building status was granted in August 1981.

The applicant is AJ Construction (Lurgan) Ltd, and the hope is to carry out “alteration, conservation and renovation” works on site.

Just a month earlier, in April, Armagh I revealed that three apartment blocks – complete with a new modern bar and off-licence – could be built at Waring Street and the corner of Edward Street.

An application, lodged in the name of Cathal O’Rourke, was for three blocks comprising a total of 18 apartments, along with landscaping.

The work would involve the demolition of the existing building on the site, which is described in the application as “public house with outdoor space and green space”. A design and access statement identifies the property as Reid’s Bar.

Both of the latter are applications are still being considered by ABC Council planners.

The new apartments development plans, meanwhile, are also with council and are due to be publicly advertised shortly.