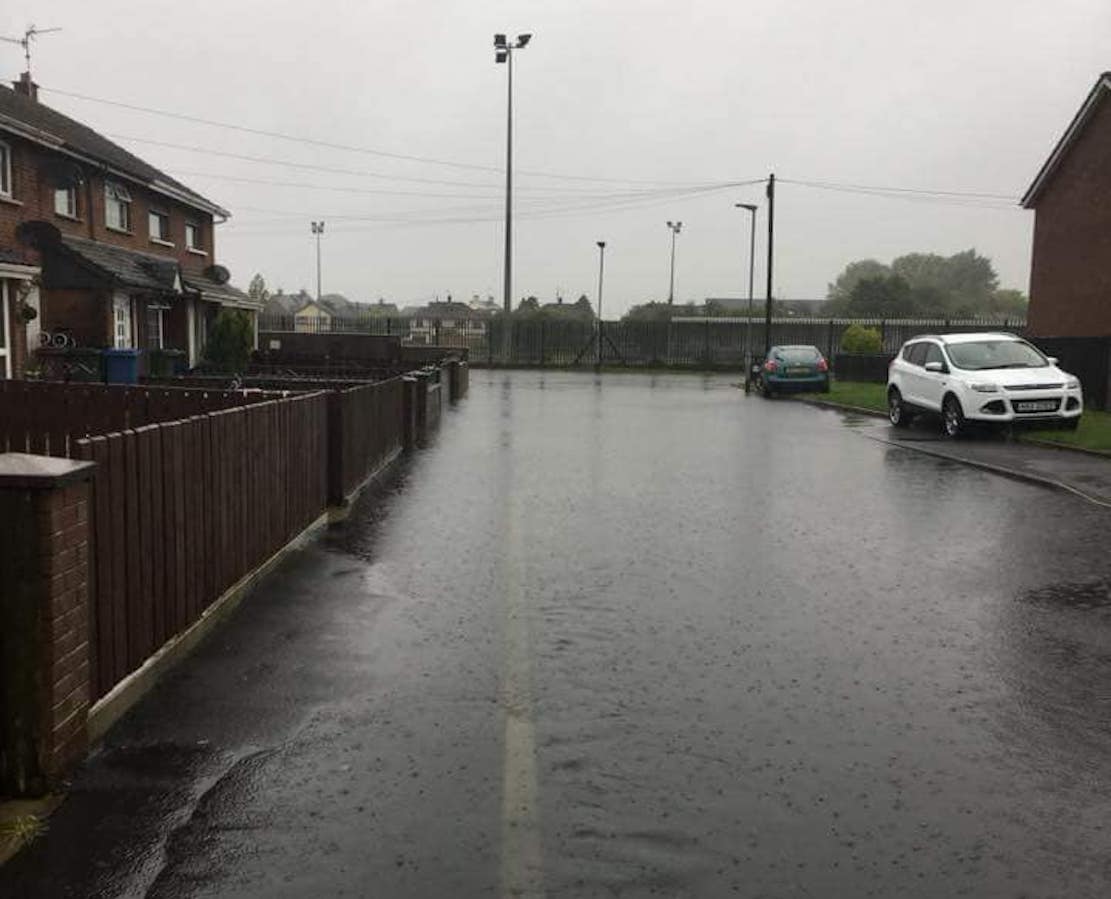 The stories of desperation were harrowing according to one elected representative after severe flooding hit Co Armagh over the weekend.

SDLP MlA Dolores Kelly explained how many people in Lurgan struggled with the flooding as a month of rainfall hit in just a few hours on Saturday afternoon.

And the Upper Bann SDLP team are calling on both the Transport NI and NI Water to investigate the localised flooding and the reasons why it happened.

“We will also be asking for reassurance that action will be taken to put measures in place so storm drains and gullies can withstand flooding in the future,” said Ms Kelly.

“The SDLP team were out on the ground throughout the borough to help the local people as they struggled with the floods.

“The scenes of flooding and the stories of desperation were harrowing”.

She also thanked the NI Fire and Rescue Service, PSNI, Transport NI, and ABC Council staff for their speedy response.

However, when speaking to residents, Ms Kelly said “they raised concerns about lack of communication amongst the agencies, particularly as no specific agency took leadership”.

Adding: “This SDLP will raise concerns their concerns about lack of management in a crisis.

“The flooding across the North has brought into focus the importance of a functioning Assembly.

“While the Emergency Financial Assistance Scheme for flood victims is in place, it doesn’t extend to local businesses and community organisations.

“This is something the SDLP has already asked that support could reach non-domestic properties.

“Farmers who have flooded buildings and hay lost are crying out for help.”