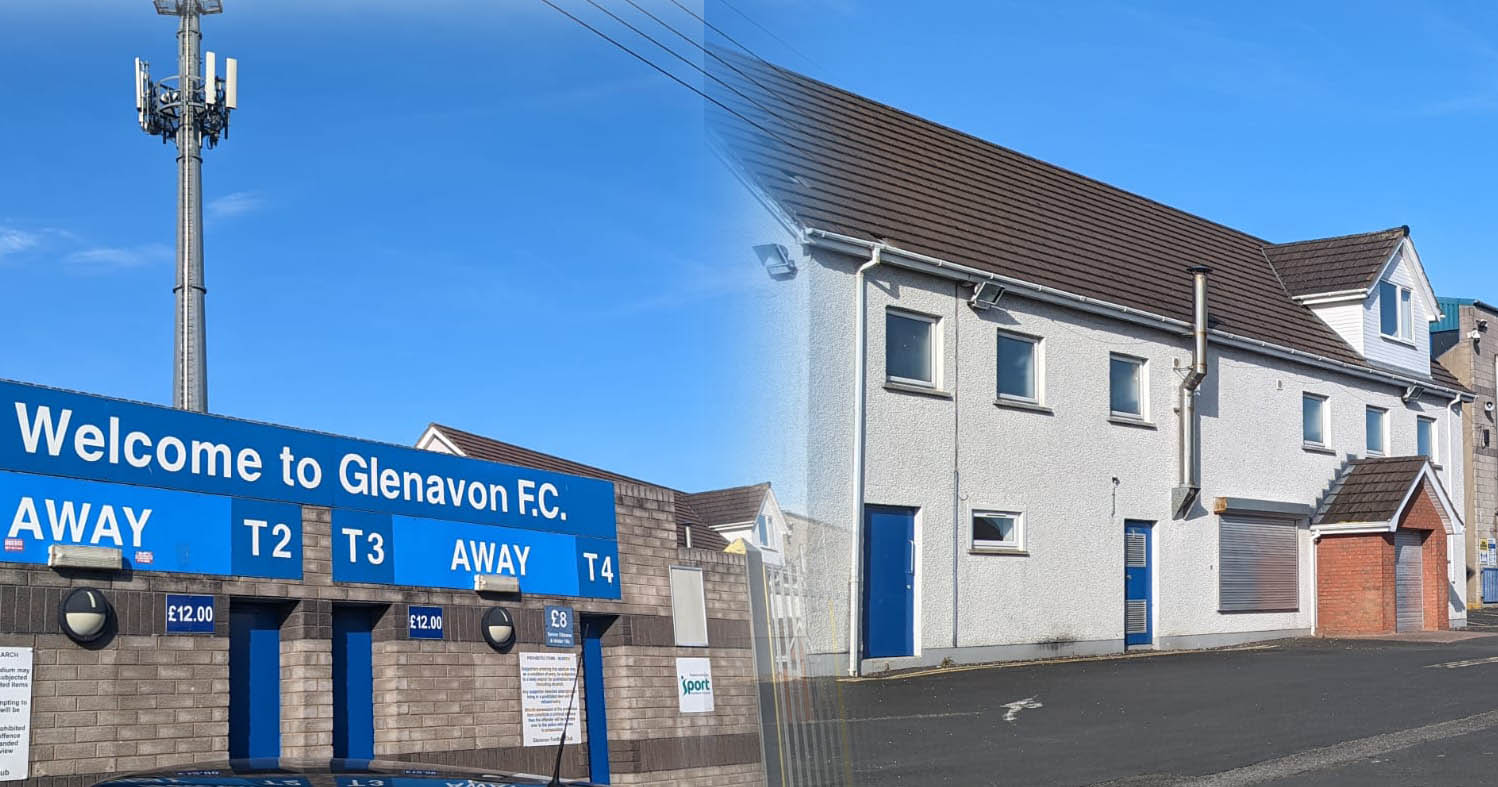 Glenavon FC has set its sights on a major development at its Mourneview Park ground, Armagh I can reveal.

The Lurgan Blues will be hoping to score approval for new facilities for both club and community use.

The club hopes to demolish its existing dressing room pavilion.

And in its place would be built a new three-storey replacement.

This would provide a state-of-the-art facilities for the Lurgan side.

The new purpose-built accommodation would include replacement dressing rooms, but also incorporate a fitness suite, community rooms and a function room.

The plans, it is understood, would represent a significant investment and provide Glenavon – which was founded in 1889 – with new accommodation to meet all needs.

The proposals come after Armagh I revealed last month how neighbouring Portadown FC had proposals for a complete overhaul of its Shamrock Park base.

These plans include a new training dome, the relocation of pitch and floodlighting, with ‘business/incubation and community space’ to be developed on site too.

Glenavon FC’s proposals will be publicly advertised shortly with a decision from ABC Council in due course.