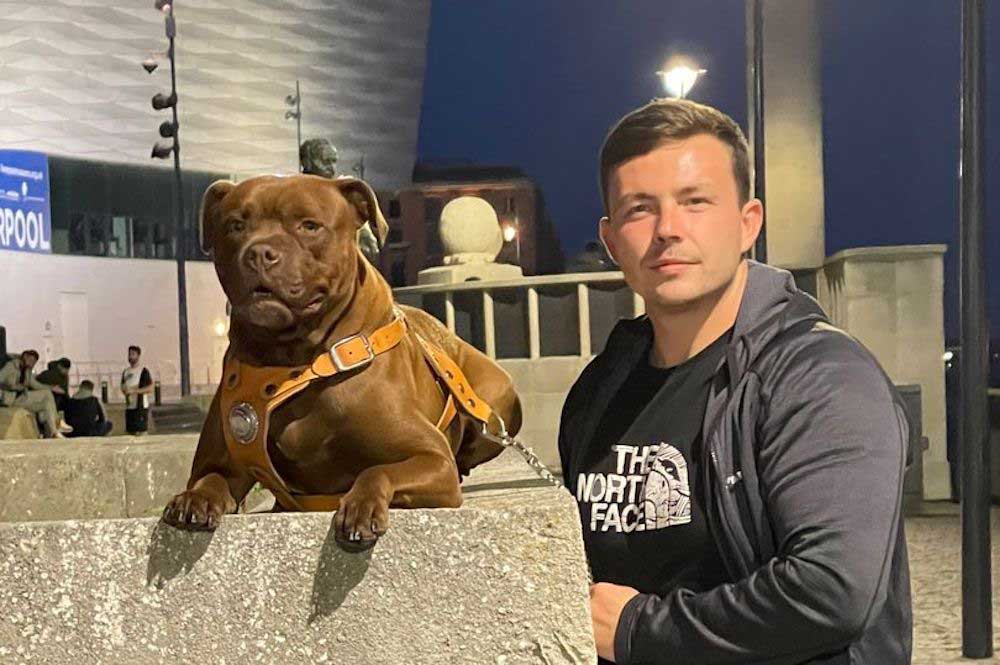 The funeral will take place on Friday of a 26-year-old Lurgan man who was murdered in Liverpool last week.

Patrick (Paddy) Boyle was shot in Huyton on Thursday.

Shortly after 5.55pm, emergency services were called to Newway following reports that a man had been shot twice in the chest in the street.

The man was later formally identified as 26-year-old Patrick Boyle, who had been living in Liverpool.

Mr Boyle was taken to hospital where he was sadly pronounced dead a short time later.

A Home Office post mortem confirmed the cause of Mr Boyle’s death as gunshot injuries to the chest.

A police investigation is ongoing, with house-to-house, CCTV and forensic enquiries having been carried out in the local area.

As Mr Boyle’s remains are returned to Co Armagh for burial, detectives on Merseyside are continuing to appeal for any drivers who were in the area around the time of the shooting and may have dashcam to come forward.

Detective Chief Inspector Simon Hurst, who is leading the investigation, said: “We are supporting Mr Boyle’s family through what is clearly an extremely difficult time for them.

“They have lost a son, father, brother and partner at a very young age, and we are doing everything in our power to make sure all of those responsible for taking Mr Boyle from them are brought to justice.

“While we have spoken to potential witnesses, carried out an extensive forensic examination of the scene and are trawling through hours of CCTV from the local area, we believe drivers in the vicinity could hold vital clues about what happened.”

Detectives believe Mr Boyle was shot by a man riding a bicycle who made off in the direction of Liverpool Road.

“We continue to make good progress with the investigation, and any additional intelligence we can gather could be vital in bringing the man who did this to justice,” added DCI Hurst. Following the tragedy, the family had been assisted by the Kevin Bell Repatriation Trust to bring the deceased home for burial.

And it is to the Trust the family have asked that donations in lieu of flowers be directed, c/o McAlinden & Murtagh Funeral Directors, 2 North Street, Lurgan.

A death notice for Mr Boyle describes him as a “dearly loved boyfriend of Ashleigh and loving father of Amelia-Rose and Clay, a precious son of Elaine and grandson of Gemma and Brian Hughes, brother of Joseph, Shauneen, David and the late Megan and much loved uncle of Ryan”.

The home at Belvedere Manor in Lurgan will remain private for family and close friends due to restrictions.

Mr Boyle’s Requiem Mass will be held this Friday, July 9, at 10.30am in St Peter’s Church, Lurgan. He will be laid to rest afterwards in St Colman’s Cemetery.

“Life really is too short. We was only speaking the other day! Can’t believe it. Rest in peace Paddy Boyle thinking of all his family and friends,” said one woman.

Another added: “Rip Paddy Boyle literally looking threw our messages now can’t get my head round it what a lovely lad.”

One friend wrote: “Words can’t explain how cruel this world is! Such a gent, a true real one. So much love and respect to you and your dear family. Thinking of you and all your loved ones especially your best friend knasher and your beautiful boy. Gods taken back another angel too good for this earth, it’s just a shame it was too soon for us.”

To Mr Boyle’s partner, children, mother and entire family circle and friends, we offer our deepest condolences at this saddest of times.