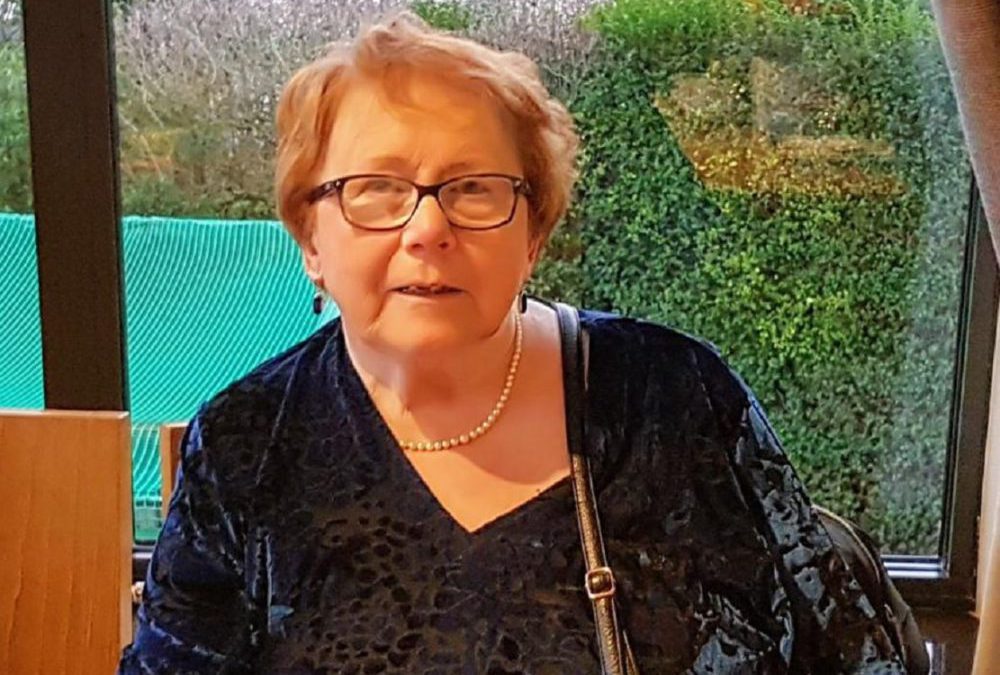 The former principal of St Mary’s Junior High School in Lurgan has been remembered as a “force for good” in the community.

Former colleagues of Maire O’Neill, along with pupils of St Ronan’s College, formed a guard of honour at her funeral service today (Monday) in St Peter’s Church.

Miss O’Neill passed away in Craigavon Area Hospital on Saturday after a nine-week illness.

Having dedicated her entire teaching career to St Mary’s Junior High School, initially as a teacher and finally as principal, she taught and inspired hundreds of pupils.

Among the items left on the altar to represent her life was an 80th birthday photo.

In his homily, Fr Michael Maginn said it was a “great photo of Marie” and perfectly captured the various sides of her personality – “strong, clever, quirky, full of personality and character”.

He said that just as the mass was the “great prayer of thanksgiving”, so there was much to be thankful for in Marie’s life and times, not just as a beloved sister and aunt but as a dedicated teacher.

“She was a force for good in this community.”

He said the guard of honour showed the high regard in which she was held and acknowledged her contribution to education in the wider Lurgan area.

He said St Mary’s, along with St Paul’s and St Michael’s, was now forging ahead as St Ronan’s College, “building on the past, also standing on its own feet, and standing too on the shoulders of giants like Marie O’Neill”.

He said the torch she had “kept burning brightly for so many years” had been passed to a new generation.

Fr Maginn said he had seen Miss O’Neill “in action” at meetings down the years , noting her quick mind, sharp intellect and low tolerance for waffle.

She was also an avid reader, keen bridge player, crossword enthusiast and observer of current affairs, and enjoyed cruises and other trips.

The congregation also heard how, as a Christian of very practical faith, Miss O’Neill dedicated much of her spare time in retirement to the Samaritans, and attended mass in St Peter’s all her life, where she read in the church.

He said she loved company and conversation and particularly enjoyed a glass of wine in sister Pauline and brother-in-law Tom’s house on a Sunday night.

“She announced her retirement on the day of her 60th birthday,” said Fr Maginn. “She knew it was time to go. There was so much else that she wanted to do while she had the time and health to do it. She was deeply wise in this regard.

The family has requested that donations in lieu of flowers should be made to the Samaritans.