"With everything he did, he would always look on the bright side of life" 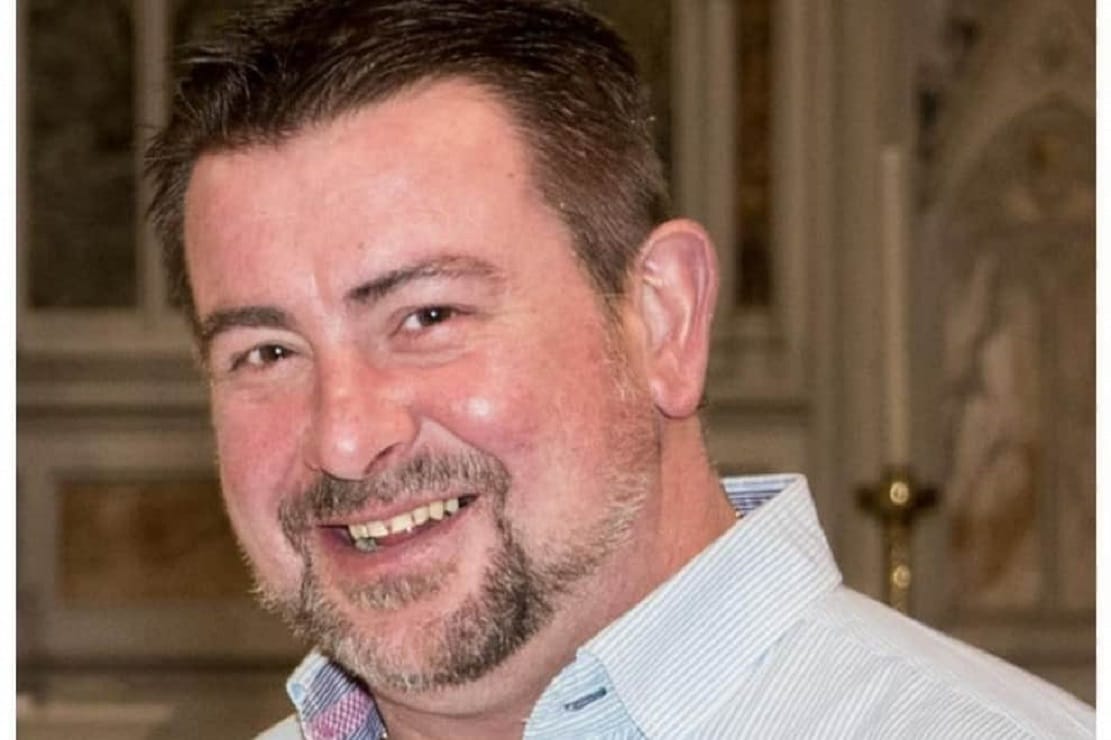 The Lurgan community has been plunged into a state of shock following the sudden passing of John Fearon, a popular local businessman.

John – who was the owner of Victoria Motors in Lurgan – passed away suddenly on October 1 whilst on holiday in Spain.

John was the husband of Delores, and the father of Kelly, Conor, Aimee and the late John Jr. He was also the proud grandfather of Fearne and Jack.

Speaking to Armagh I, the family said that John’s only problem was that he “just couldn’t say no” to people.

“With everything he did, he would always look on the bright side of life,” Delores said. “Everybody knew him, he just helped everybody.”

John had a committed work ethic, and was devoted to helping people. A successful businessman, he started working at Victoria Motors 26 years ago, when his father Jim Fearon bought the business, and him and John took it over together.

Conor explained: “He took full-on pride in his work, night and day he was there. He would be sitting working on cars and somebody would need a light bulb changed and he would stop all the work to go and sort out that light bulb. No matter how big or small it was, if he could squeeze them in he would.

“He had a real work ethic. He was always there for the community and also for the NHS through COVID times. He had help for anyone that needed it.”

He would “do anything for anybody,” Delores added. “He took pneumonia three years ago and it nearly killed him because he couldn’t go to work. He never ever took a day.”

John was also involved in local community work, being a “very, very proud” member of the Masonic Order, which Conor says he took a step back from due to the pandemic.

John’s involvement in the Masons allowed him to engage in different events and fundraisers to help around the area.

Delores added that he was also a leader in the Scouts, having been a member himself many years ago, believing that it was important bringing children through the Scouts.

John was also well-known for his sense of humour and a “witty personality” that allowed him to make a joke of any situation.

Conor recalled a story from a local bar in the town: “Somebody was complaining that their cocktails weren’t the same, they didn’t have the same amount in them. We were sitting waiting on a meal and then dad disappeared.

“He came back ten minutes later and the waitress asked if she could get us drinks. Dad then said ‘no, no that’s ok, but take this.. and he pulled out a ruler. He had walked down to the shop to get it.”

Delores added: “When I first got with John many years ago, we were in the Silverwood. He was just a big softy and every time he set his bottle of beer down some guy lifted it. He had a permanent marker with him so he put an X on the bottle.

“He said to the man, ‘that’s mine’ and the man asked for him to prove it. So he put an X on my forehead and said ‘that X on that bottle means that is mine and so is she, so hands off.

“I thought I was going to die laughing,” Delores recalled.

Above all else, John was also a committed family man. “He just lived for his family,” Delores said. “He idolised the ground his children walked on.”

“He would have done anything to keep me happy,” she added.

“He was so proud of his home. He once said: ‘Whenever you drive out of your drive in the morning, and you see your blinds closed, and you know your wife and children are tucked up in bed, that’s when you know you’ve made it’.”

John’s funeral will take place from his home, 1 Headington Drive, Lough Road on Thursday at 9.45 am to St. Peter’s Church for 10.30am Requiem Mass, with burial afterwards in St. Colman’s Cemetery.