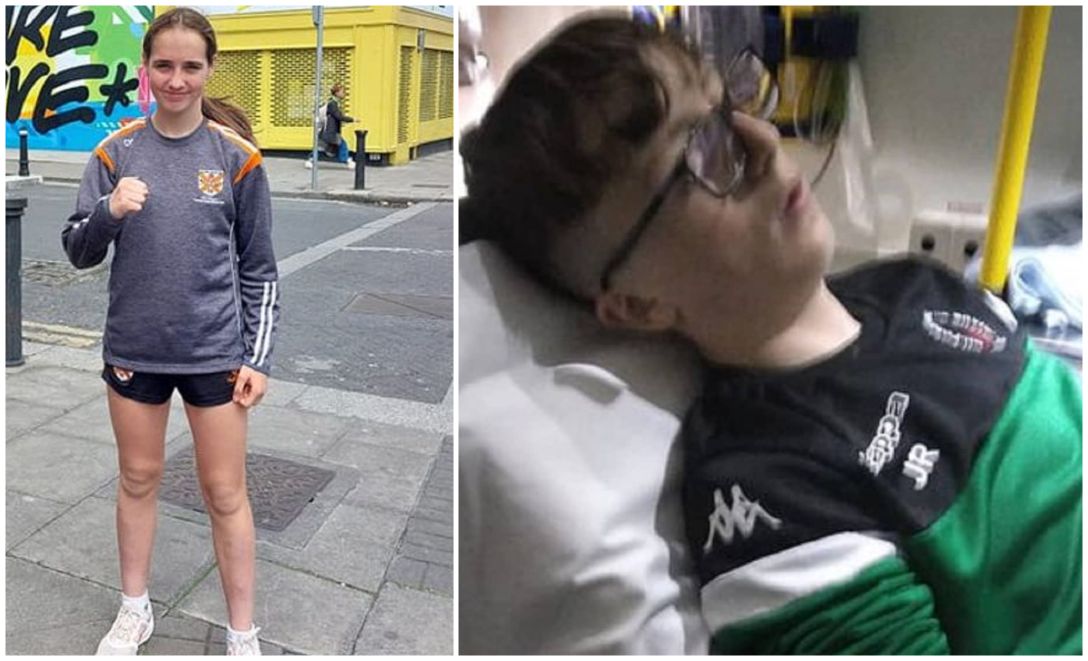 It has been a whirlwind of highs and lows for Gilford Amateur Boxing Club (ABC) as it celebrates the success of one of its young boxers and the shock illness of another.

And her win is all the more remarkable as she only took up boxing eight months ago.

However, her joy was tempered by the fact that fellow young boxer Jamie Ritchie, also 13, from Gilford, was unable to make his match after being rushed to hospital with a bleed on the brain the week before. The Gilford teenager, who is the nephew of the club’s founder and head coach Bernard McComiskey, had been recovering at home since the surgery but had to be admitted again just yesterday (Monday) for another operation.

Said Bernard:  “So, one minute we’re on a high and the next we got the news about Jamie. Cassie and Jamie trained together and she won it as much for Jamie as she did for herself.

“That’s where all our thoughts lie at the moment.

“Jamie had been suffering from headaches this last while but when they brought him in they found he had a cyst on the brain, which had been there from birth but the family didn’t know about it.

“He got home the other day and was in good form and had talked about going down to watch Cassie fighting but his mum had said ‘no’.

“Yesterday he was bad again and he is back in the Royal now for another operation. An MRI has shown the bleed is still on the brain.” Jamie being treated in the RVH

He added: “We had high hopes for him in Dublin too. He was entering the same weight class as Cassie but in the male section.

“He’s in the Royal which is the best place he can be and hopefully they will get to the bottom of it.”

A number of professional boxers have sent Jamie video messages wishing him well and Bernard says they have given him a real boost.

Meanwhile, the club is thrilled at Cassie’s  success after she won the quarter and semi-finals before clinching the All-Ireland Junior Cadet 60-kilo champion, all in the space of a week.

Cassie plays Gaelic football for Armagh and football for Glentoran FC and her dad Ryan, who played for Clann Eireann, brought her to the boxing club to keep her fitness levels up.

Said Bernard: “The very first night I took her on the pads and I just said to myself ‘this girl is a natural, she’s something special’.

“We sent away to get her boxing licence and entered her into the championships straight away.”

Cassie, who only took part in her first contest three months ago, has now put her name forward for the European Championships and is hoping to be part of the Irish team.

Said Bernard: “I was talking to boys down in Dublin and they are watching her and saying it’s medal contention, so they have spotted talent as well.

“She’s got the will to win. She listens, she’s a quick learner and she has a real drive. She is very strong and for boxing for such a short period of time, she’s really got it.” Cassie currently trains three times a week as well as keeping up her football training.

Girls are less common at the club but Bernard says boxing has become more popular since Katie Taylor’s success.

His own daughter Clodagh McComiskey (24) is an elite boxer and has six Irish titles under her belt.

As for Cassie, Bernard says she is “over the moon” about the win.

“But she is a very level-headed, wee girl. Her feet are firmly on the ground,” he added.