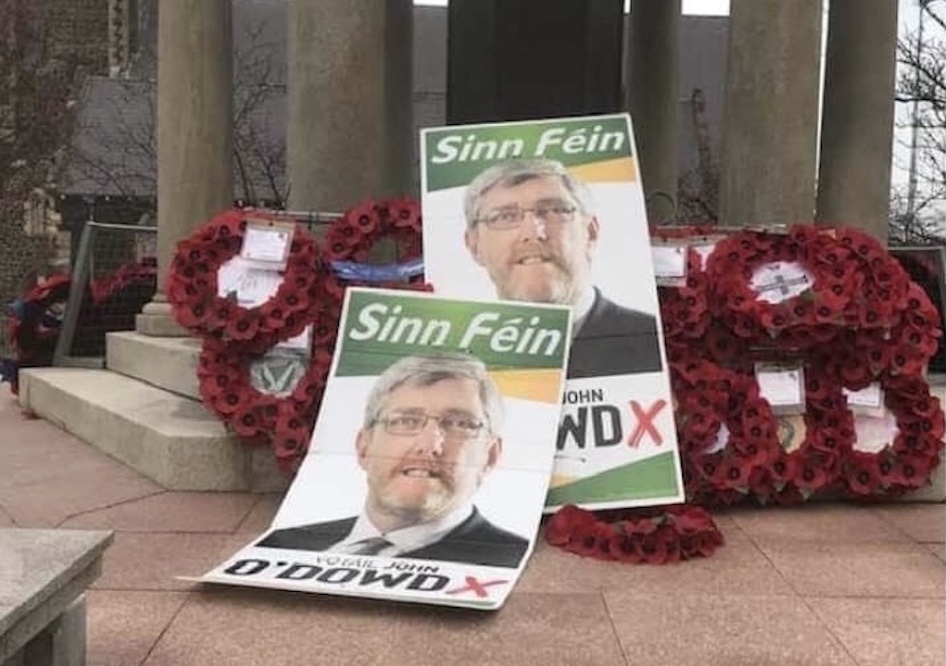 Sinn Fein election posters were removed and placed on a war memorial in Lurgan overnight on Monday.

The vandals also pulled out wooden crosses and scattered wreaths across the cenotaph.

And party colleague, councillor Mark Baxter, visited the memorial this morning on his way to work and also added his condemnation.

Speaking on the matter Carla Lockhart said: “There’s not much respect not sign of a shared future in this awful deed.

“When we see the desecration of a war memorial which is there to remember British and Irish men who died beside each other in defence of our freedom, it is to be condemned by all.

“It beggars belief that people could stoop to this level. It advances nobody’s cause.

“I would call on all local politicians to unite in condemnation of this abhorrent act and to take a stand in their communities that we want to build a better, more tolerant Northern Ireland for all of our people.

“I appeal to anyone with information about this incident to contact the police via the 101 non emergency number of the anonymous confidential hotline.” 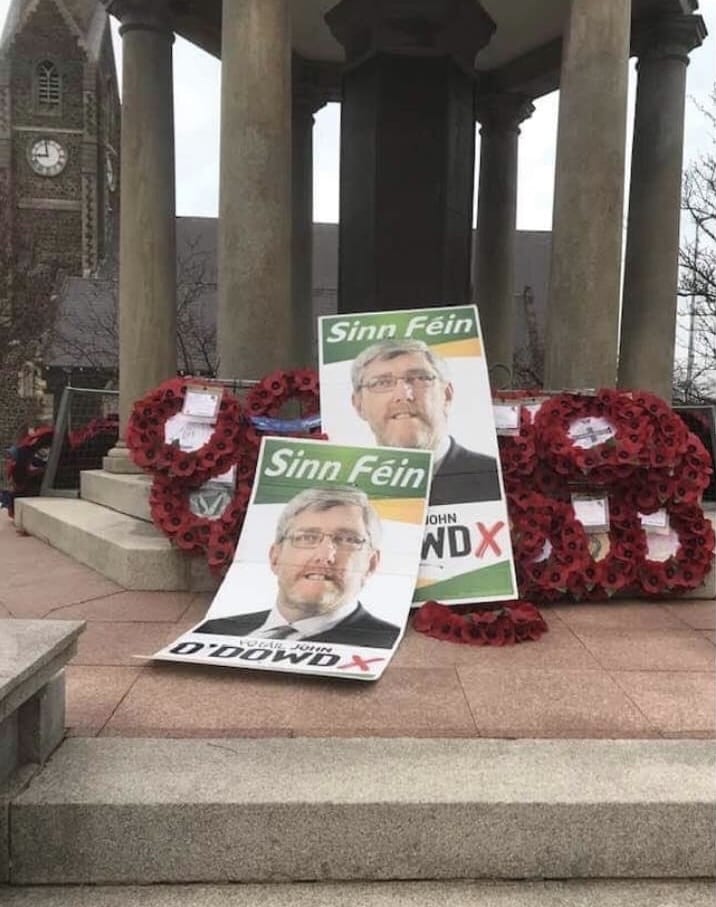 Sinn Fein’s John O’Dowd said the theft of his election posters and placement of them on Lurgan cenotaph is “wrong and must be condemned”.

“Monuments and memorials are important places in communities and should be respected,” he said.

“The motivation of those behind these acts remains unclear but it is unacceptable and I will be reporting the matter to the PSNI.

“I would encourage anyone with information on this incident to contact the PSNI.”