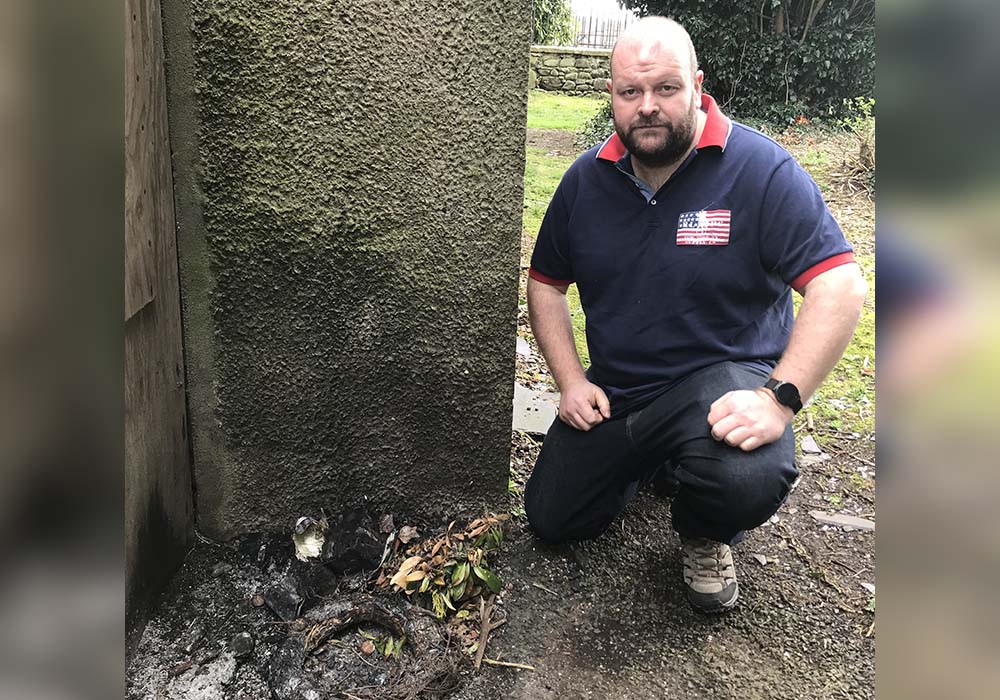 A number of wreaths were taken from graves and set on fire next to church doors in Donaghcloney over the weekend.

DUP Councillor Mark Baxter said he was disgusted by the hugely disrespectful and dangerous act of vandalism.

“I was troubled to learn that someone has gathered some wreathes at the graveyard in Donaghcloney and set fire to them; not only is this so disrespectful in a cemetery but shows a wanton disregard for safety particularly where the fire was ignited at the side of a building with wooden covers on the doors.

Councillor Baxter said he has spoken to Armagh City, Banbridge and Craigavon Borough Council officials on the matter and will also raise the issue with community police.

He added: “Families spend time here to reflect and pay respect to loved ones and don’t deserve to do so in a place where such antisocial behaviour takes place.

“I would call on them to stop and think before doing such a thing again.”