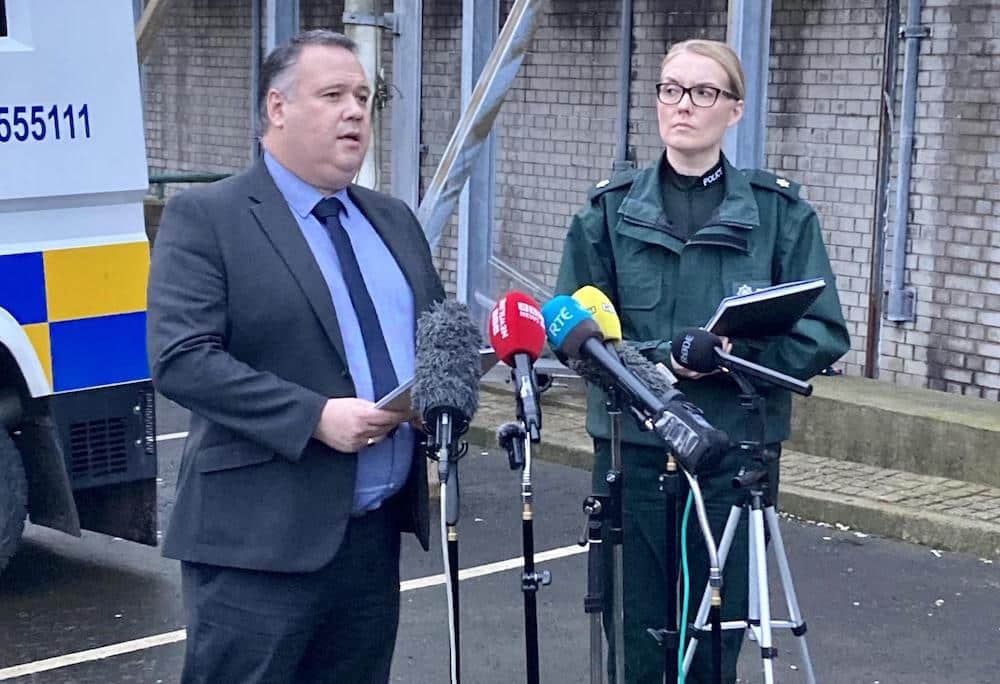 Detectives from the Police Service of Northern Ireland’s Major Investigation Team have, one week on, revisited the scene of the murder of Shane Whitla.

Shane was murdered in Lurgan on the evening of Thursday, January 12.

The 39-year-old, who was a father-of-four, was shot in an alleyway off Woodville Street, before making his way to Lord Lurgan Park where he was sadly pronounced dead.

Detective Chief Inspector John Caldwell (pictured left) said: “Yesterday, Thursday, January 19, was one week on since Shane was brutally murdered. He had been shot a number of times, including once in the back.

“This was a cowardly attack, which has taken a man’s life and left a family truly heartbroken. It leaves four children without their father.

He continued: “Our officers revisited the scene yesterday evening. We’ve been speaking with pedestrians, drivers and passengers, and have carried out extensive house-to-house enquiries.

“Our investigation continues, and I am reiterating our appeal for anyone with information to come forward. Please contact us on 101.

“I’m also keen to highlight the reward of up to £20,000 from Crimestoppers, who are a charity and independent of the police. The reward is offered for information given directly to Crimestoppers that leads to the arrest and conviction of those responsible for Shane’s murder. Importantly, information can be given with 100% anonymity.”

Information, including photos and footage, can also be provided to police through the Major Incident Public Portal at: https://mipp.police.uk/operation/PSNI23S01-PO1