The William Street properties - sold last year at auction for over £180,000 - have been "subjected to various arson attacks and use for anti-social behaviour" over the years 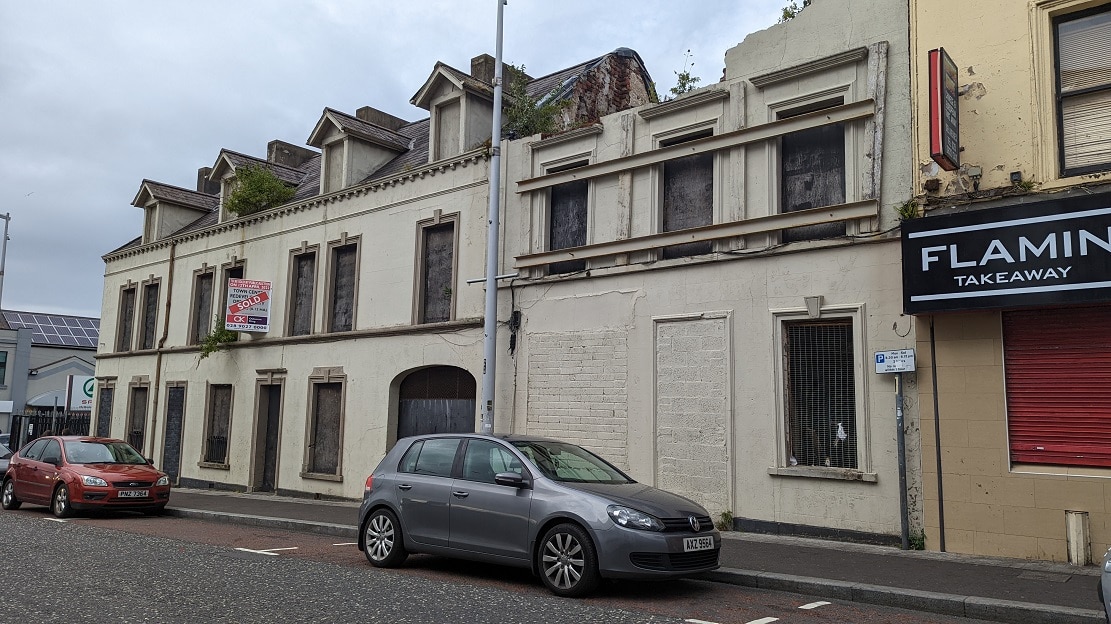 A row of derelict properties in Lurgan looks set to be turned into apartments.

And now an application submitted by Ballymullan Architect Ltd seeks to bring them back into productive use.

A joint application for building approval and conservation area consent has been lodged with Armagh City, Banbridge and Craigavon Borough Council for consideration.

The three terraced properties would, if approval is given, by converted to form a total of seven apartments.

This would take the form of four private residential apartments, as well as three tourist units, to be used for self-catering Airbnb for short-stay lets.

A total of seven parking spaces would also be provided at the rear.

The row – which had included number 45 which is not part of these proposals – had sold for auction in April last year for in excess of £180,000.

According to a design and access statement, the properties which would be redeveloped have been “subjected to various arson attacks and use for anti-social behaviour” over the years.

It adds: “The site is in close vicinity to listed properties namely the Irish National Foresters building on North Street and the ‘Thomas Millar Memorial’ and the Courthouse at the William Street /Charles Street Junction.

“The location of the apartments allow for convenient access to the M1 via the A76 joining at Junction 10.”

And it adds: “The proposal would equally cater for NHS nursing staff working at Craigavon or Belfast Trust using the NI railway network.”

The design and access statement explains that the private doorset details onto William Street are to be reinstated along with the window banding and caste iron railings at street level, so as to “deter anti-social behaviour next to pavement windows”. It continues: “The concept of having ‘own door’ apartments utilising the rear elevation for pedestrians so as to provide informal surveillance and prevent sterile back-land uses.

“It is hoped that this development will be a stimulus to encourage the brownfield land along the rear of William Street and improve pedestrian linkages onto North Street.”