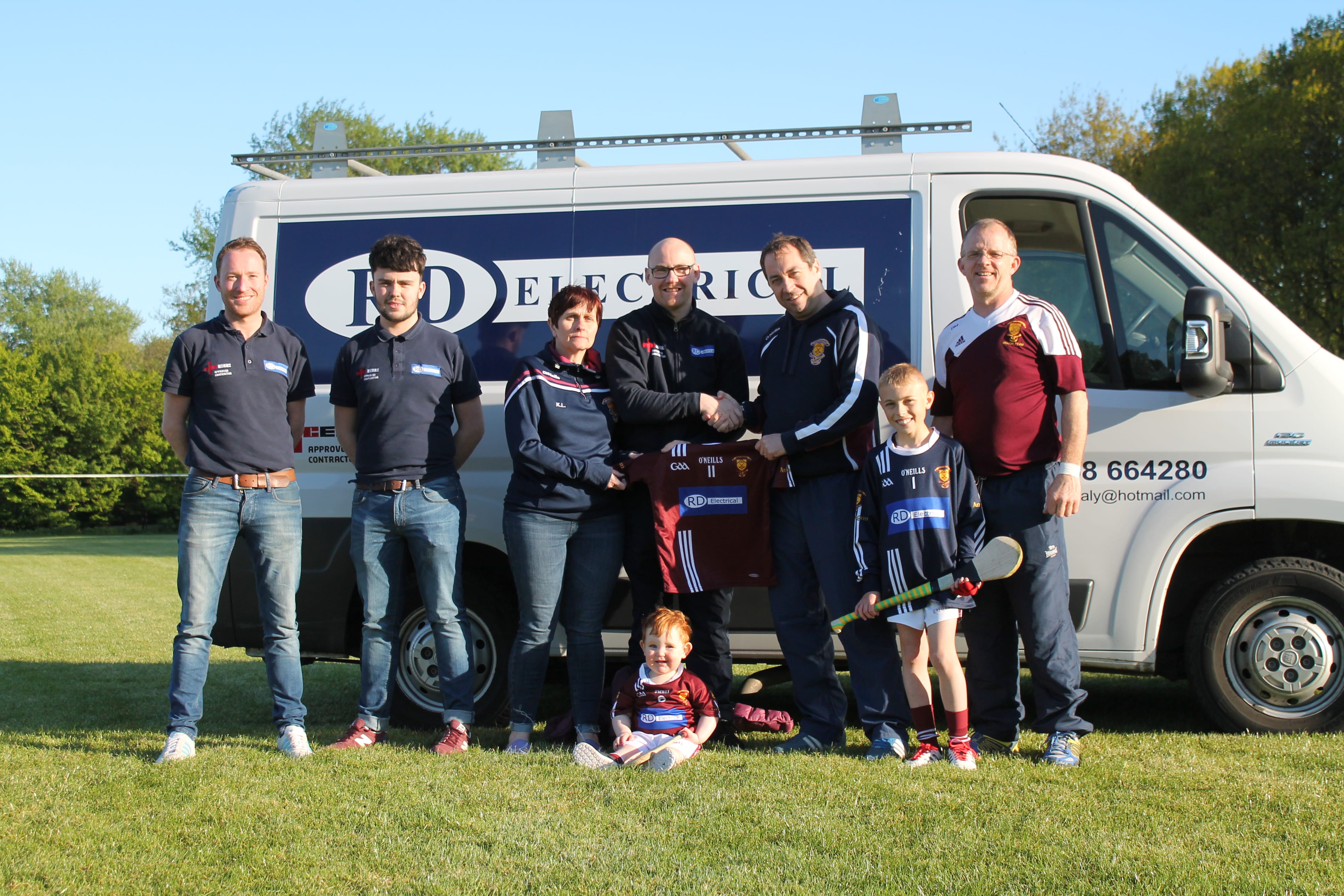 Raymond Daly of Lurgan based business RD Electrical has recently given a great financial boost to Lurgan’s only hurling club.

Daly is himself a long time member of the club having first gripped the hurl in anger at the age of nine.

He progressed through the underage section and now plays for the club’s senior team. When asked what the highlights of his hurling career have been to date he quotes the pride he felt captaining the team to double league and championship success in 2009. He sees underage preparation as the firm foundation of such successes enjoyed by the club.

Raymond’s business was born only one year after he qualified as an electrician in 2002. Since then RD Electric has grown to employ ten electricians servicing contracts the length and breadth of Ireland.

This year also sees the company shortlisted for a number of categories. Raymond and all involved in RD Electrical hope their sponsorship of the underage teams will be part and parcel of wider success enjoyed by the club as a whole.
I asked Raymond if it was a difficult decision to invest in the club.

He said it was quite the contrary.

“Given the huge amount of hard work invested in hurling in Lurgan over the last few years, the club is going from strength to strength,” said Daly.

“RD Electrical is delighted to become the underage sponsor and wish the teams every success in their future endeavours.”