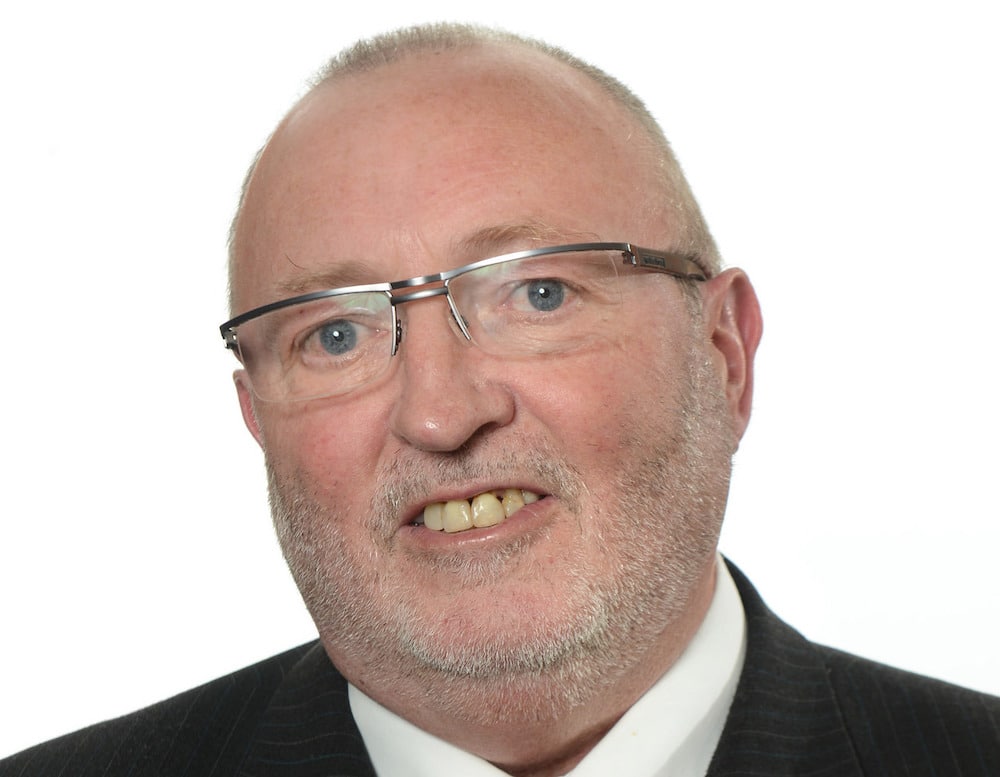 Having served as a councillor for ten years, a Lurgan representative has decided to call it a day.

Councillor Joe Nelson has announced his decision to retire from Council. He will vacate his seat on December 31 this year.

As the December meeting of Council’s performance and audit committee was about to wrap up, the Chair of the committee, Councillor Louise McKinstry, invited Councillor Joe Nelson to say a few words.

Addressing the chamber, the SDLP representative confirmed his plans.

“At the end of this month I will be standing down, December 31st will be my last day as a member of this council,” said Councillor Nelson.

“I like to fight my corner and have always done so. Ten years is a fairly long time, I have made a lot of friends and hopefully not too many enemies.

“I have made some great friends and had some great trips during my time on Council and I will miss it.”

Councillor Nelson then told a story of how he and Councillor McKinstry travelled to the Somme and were having a bit of a sing-song. Councillor Nelson admitted to knowing the first verse of every song ever written but faltering somewhat after that.

“I want to thank Councillor McKinstry for that,” said Councillor Nelson. “I will miss that camaraderie from across the chamber.”

“I also want to thank everyone for the support they have given me and the nice words, this is all rather embarrassing for me – thank-you.”

The committee Chair, Councillor McKinstry, told Councillor Nelson she wished him all the best in his retirement and, while knowing it might make him uncomfortable said: “I would not want to not acknowledge this moment.”

Other members of the committee also paid tribute to Councillor Nelson.

“I don’t know what is going to be hardest to deal with,” said Councillor Mackle. “Leaving the EU or Joe leaving Council.

“I have been with you for most of those 10 years and I wish you all the very best with the rest of your life beyond Council.

“I will miss our election days outside St Patrick’s as well and just want to wish you all the very best Joe.”

“I want to wish Councillor Nelson all the best too,” said Councillor Greenfield. “It has been great getting to know you and I wish you all the very best.”

“It is no secret that you are planning to leave, you said you always fought your corner and I want to say, you certainly did,” said Alderman Anderson.

“I am one who has fought my corner too and we have had some great battles but we have always been able to speak after meetings and, in my opinion, got on well outside the chamber.

“All the best with whatever you choose to do. Have a great rest and travel the world when COVID-19 disappears and enjoy it, you deserve it.”

Thanking members for their kind words, Councillor Nelson revealed one of the first things he would be doing post-pandemic, is travelling to Australia to see family that he has not seen in a long time.

“The first thing I need to do is get on a plane to Australia to see my grandson, I have not seen him in a year” said Councillor Nelson.

“That is one of the first things we will do when COVID-19 is hopefully out of the way.

Councillor Nelson also confirmed the SDLP has chosen his successor but remained tightlipped on the decision.