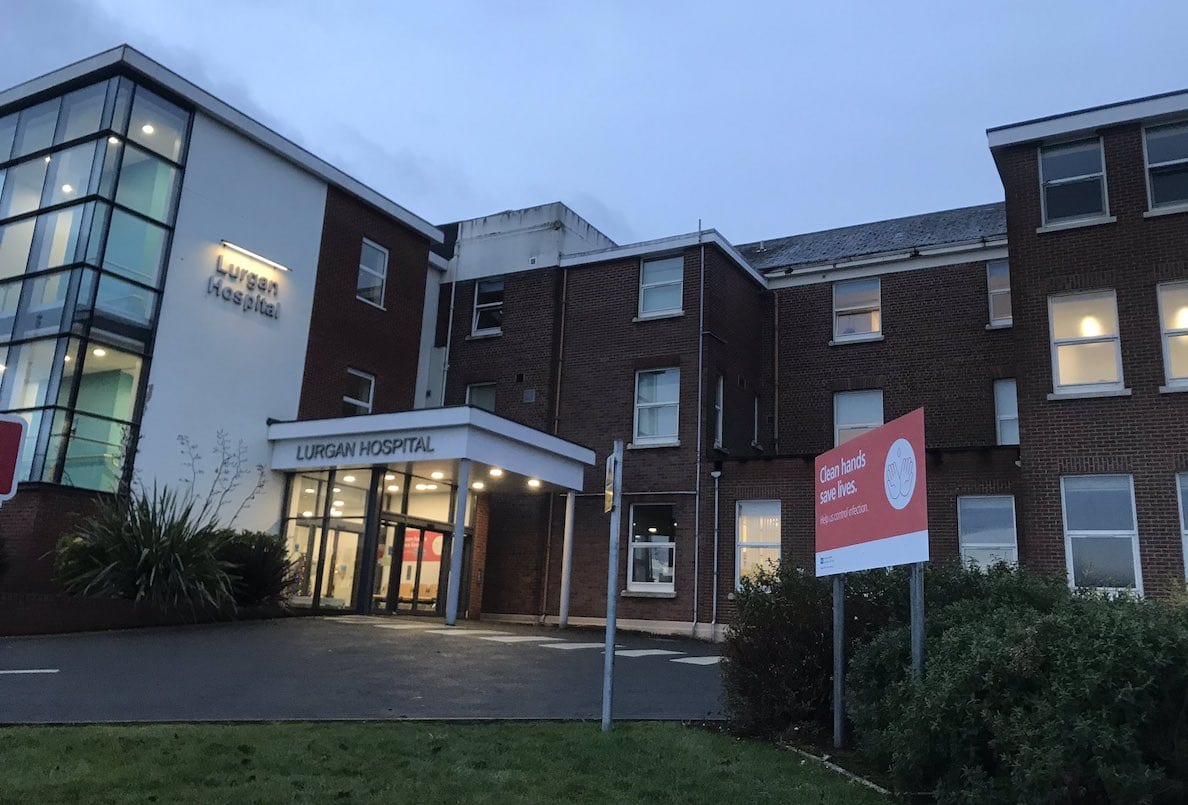 A Lurgan man who let off a fire extinguisher in a hospital and spat on staff has been sentenced to 100 hours of community service.

Court heard that the 21-year-old also sprayed police with another fire extinguisher and tried to cause damage to a cell.

Prosecution outlined that on November 2, at 10.40pm, police received a report of damage at Lurgan Hospital.

Officers spoke to a member of night staff, who described hearing a banging out the front of the building and after going to investigate found the defendant banging at the door.

After entering, Brady spat at staff and lifted a fire extinguisher before stating that his friend had been stabbed in the throat.

Staff looked outside for the person in question but to no avail.

They returned to find that the fire extinguisher had been let off and the glass of a picture had been smashed.

At the scene, police observed water on the floor and a broken picture still hanging on the wall.

The fire extinguisher was found on its side with the pin nearby.

Officers went outside to find Brady and discovered another fire extinguisher had been discarded there.

Close by police found the defendant. He was holding a fire extinguisher and began spraying it at police whilst shouting obscenities.

Brady did eventually cease and was subsequently arrested and taken to Lurgan Custody Suite.

Whilst in the cell, the defendant kicked and punched at the door, camera and fixtures.

During interview, Brady said he could not remember the incident but would pay for the damages which were estimated at £600.

Defence counsel stated: “This was disgusting behaviour. He acknowledges that but this was a plea at the first opportunity. It was completely out of character and he was no antecedents.

“He experienced a family bereavement last year which has had an impact on his mental health. His uncle has agreed to pay for private medical counselling to deal with this.”

Defence added: “His mother is in need of care and she has applied for Mr Brady to fill this role.

“The pre-sentence report is very positive and he has already lodged £80 with my solicitor towards the compensation.”

District Judge Steven Keown stated: “A very serious incident, a plea at the first opportunity. He has no previous and there are compelling issues in the background.”

Brady was sentenced to an enhanced combination order consisting of 100 hours community service and 12 months probation.

In addition, the defendant was ordered to pay compensation of £600 within 26 weeks.