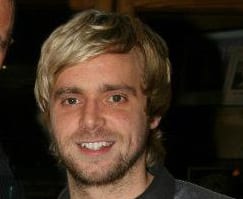 A community is in mourning following the tragic death of a young GAA player this morning.

Michael McConville, a father-of-two in his 30s, was a member of the Clann Eireann GAC in Lurgan.

Family and friends of Michael have been paying tribute to the popular and influential club member via Facebook.

There is a sense of shock and loss at the passing of Michael, whose body was discovered in the North Circular Road area of Lurgan.

“So sad thinking of the club and his family,” said one. Local Sinn Fein Councillor Keith Haughian described the news as “tragic” and said his thoughts are with Michael’s family.

Armagh GAA released a statement, which read: “Armagh GAA are greatly saddened to learn of the sudden and tragic death of Michael McConville, senior footballer and underage mentor with the Clann Éireann club in Lurgan.

“We extend deepest condolences to Michael’s family, teammates and friends and to the entire Clann Éireann club at this sad time.”

A PSNI spokesperson said police were investigating the circumstances surrounding the sudden death.

He said a post mortem was due to be held but the death is not being treated as suspicious at this time.

Our thoughts and prayers are with Michael’s family, friends and clubmates at this very sad time. Rest in Peace.

It is with great sadness that we have heard of the death of @ClannEireann1 senior player Michael McConville. Suaimhneas sioraí dá anam.

Our thoughts and prayers are with the Mc Conville / Mc Donald families and also the wider Clann Eireann community… https://t.co/3E4iHFNBNq

We are all deeply saddened to hear of the death of Michael McConville. Our thoughts and prayers to his family and @ClannEireann1 #gaafamily