'For me it was about the familiar. What I am doing is what the children at the school are familiar with. This is my bread and butter' 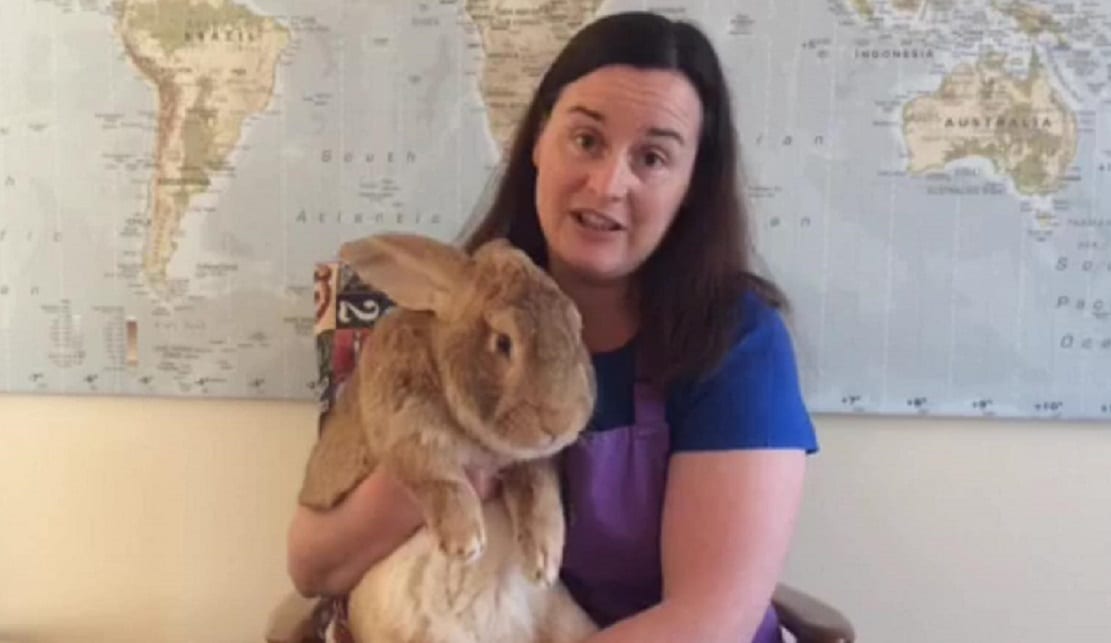 The principal at a Lurgan nursery school is providing daily story time with loads of added fun for all who wish to tune in on Facebook.

Jill Hunter, of Harrison Nursery School, has been keeping tots entertained these past three weeks with her Facebook live videos at 11.30am, Monday through Friday.

It has not all gone swimmingly from the start – Jill’s head was missing from an early video!

But the set up is now perfectly tuned thanks to the help of her husband.

Speaking to Armagh I, about how this all started, Jill explained: “It is very interesting. I had started doing it before the schools finished. I read a bedtime story on a Thursday night at the start of March coinciding with World Book Day.

“I had an adult donkey costume, I don’t know why, except a grandmother of one of the children I used to teach years ago worked in a charity shop, someone donated the costume and she brought it in saying I would use it one day.

“So it had been in my attic waiting for that time. For the very first story night I wore the costume and read ‘Wonky Donkey’, which is a very famous book and that was the start of bedtime stories Thursday night at 6.30pm.”

Jill explained that it was in her “mindset” but at this stage it was simply bedtime stories and she never thought it would become a daily occurrence.

She said: “”It moved to that about three weeks ago, when the schools closed. We have closed Facebook pages with the parents and an open one to the public. I made the personal decision to make it public, it was easier and saved me posting it into one group and then the other for the second class.

“It was probably a wee bit selfish as well. I wanted my own niece, who is six months old, to be able to watch me doing it because I am not seeing her. I have other family watching it, my own mum, who all I get to see of her is dropping the groceries at the back door.”

Jill added: “For me it was about the familiar. What I am doing is what the children at the school are familiar with. This is what I do every story session with them. This is my bread and butter.

“Makaton, which is all the signing, is a personal interest of mine. It’s a language programme which uses signing, symbol and speech to support communication .

“It has been known to help with children with additional needs but I use it with all the children in my school because the children I teach are three and four years old. As well as language the signs and symbols supports their understanding.”

Jill has been surprised by her viewer count as that has not just been limited to the children in her class.

“Coming from all this, I have lots of grandparents contact me personally to say they are watching because their grandchildren are watching it and it supplies a link, which I never thought of whenever I started out doing this,” added Jill.

“So it really is having an impact and that’s all I want, something to watch. If they learn a little bit of makaton through it that’s great, if it cheers them up when I am running around chasing a rabbit that’s great as well.

“But for me this is a familiar for the children I teach. That’s why I have the little song at the start which we have every day before story time, then we have the preparation for the story, with the good listening, the good sitting and the good looking.”

To tune in for story time you can visit the Harrison Nursery Facebook page.