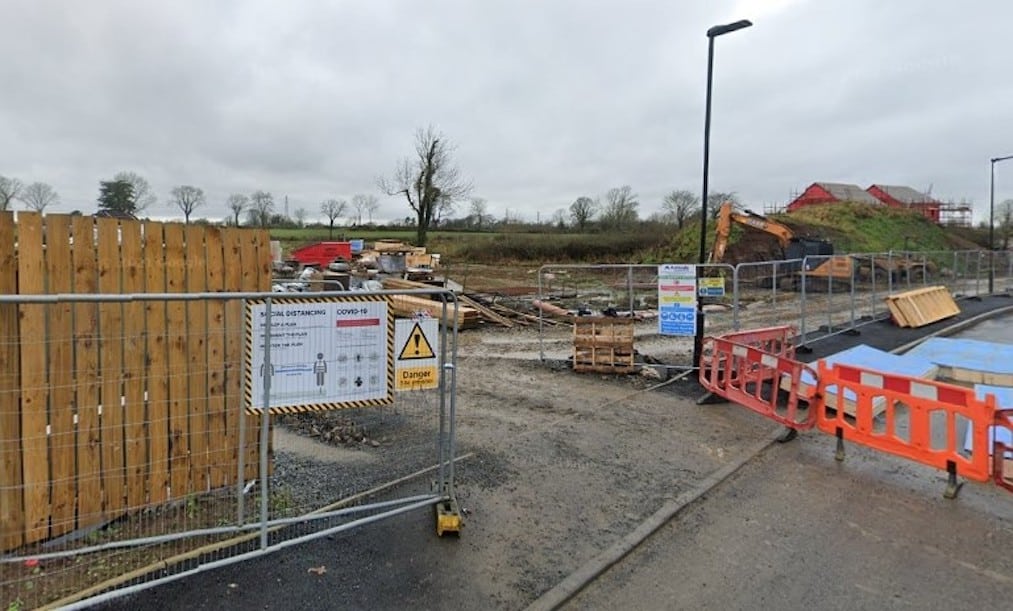 Police have issued a warning to children breaking into and scaling scaffolding at a new-build construction site in Lurgan.

Officers within the Lurgan Neighbourhood Policing Team have urged parents and residents to help eliminate these incidents, which have been “ongoing” for the last number of months in the The Hollow, Lurgan.

“This is a building site under construction, and we are highly concerned to receive reports of young people gaining access to the site and climbing on the scaffolding,” said a police spokesperson.

“Not only is this a major safety issue, but there is also damage being caused to the properties under construction, which is costing a large amount to replace.

“Parents, we would encourage you to chat to your children about the risks that this could pose and know where your children are playing. If they are found by police causing damage within this site it could lead to a criminal record.”

Police are also asking residents to contact police at the time of any incidents occurring, and provide them with as much detail as possible – descriptions, timings, direction of travel, etc.

“As your community Police officers we want to ensure your neighbourhood is safe, and free of crime and anti-social behaviour,” the spokesperson added.

“We will be increasing patrols in this area and will deal with those caught trespassing on the site appropriately.”