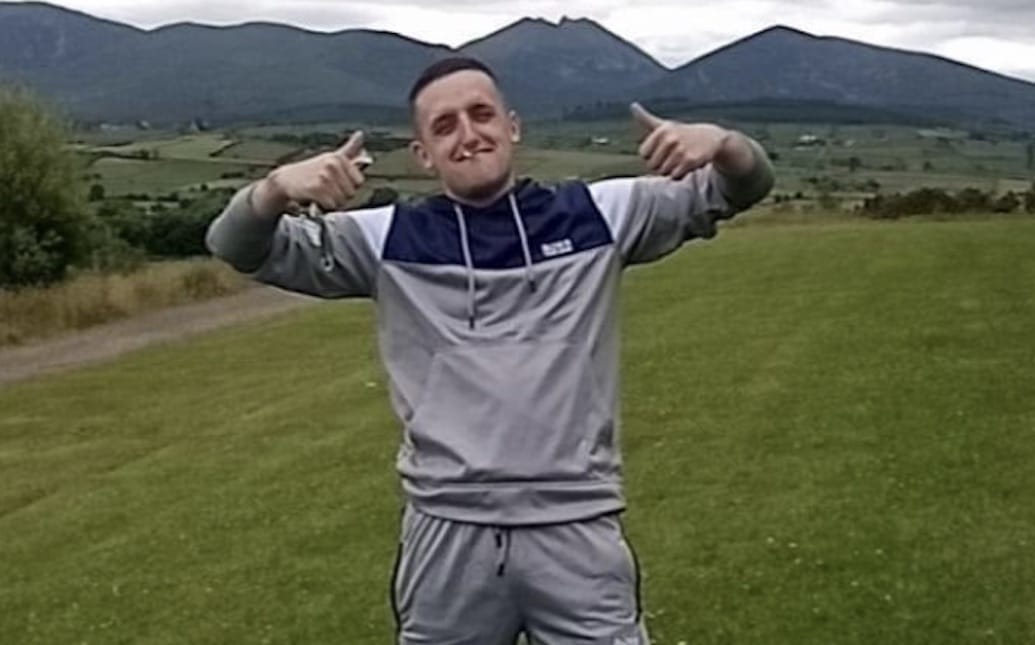 Two female care workers “ran screaming” from a knife-welding hijacker after he demanded their cars, a court heard today (Monday).

Lisburn Magistrates’ Court also heard that one of the terrified care workers fell as she fled the scene, injuring her hand in the process.

Appearing at court by videolink from police custody, 27-year-old Nathan O’Hare, from Riverside Meadows in Ballynahinch, was charged with three offences on October 16 this year, including two counts of attempted hijacking and one of possessing a bladed article at Taghnevan Drive in Lurgan.

The court heard the two domiciliary care workers saw a male “acting suspiciously” at nearby shops as they parked outside and went inside a client’s home and when they came back out, the male approached them, “demanded their keys and produced a knife.”

Running away screaming, members of the public came to their aid while the male ran off to the next street “where in fact the defendant resides with his parents.”

Police who arrived at the scene went to that address in Monbrief Drive and arrested O’Hare in the living room, while a search of the house uncovered a “large knife” under the chair he had been in and a further large knife in his bedroom.

CCTV footage which was seized as part of the police investigation “shows a person matching the exact description, wearing the same clothing, leaving through the front door, the front gate and going to the shops where the hijacking took place,” revealed District Judge Peter Magill, adding that O’Hare refused to answer police questions during interview.

The judge further revealed that O’Hare has three previous convictions for armed robbery and is due to be sentenced next month for a further armed robbery.

Defence counsel Sean Doherty conceded there is an “inevitable outcome” in that case and argued that while the application for bail was a “difficult” one, if O’Hare was remanded into custody that would impinge on that sentencing hearing and the preparation of reports for it.

District Judge Magill said while “you have said everything on behalf of your client that could possibly be said, with respect this is a hopeless application.”

“This man is clearly a danger of further offences so bail is refused,” said the judge who adjourned the case to 12 November.