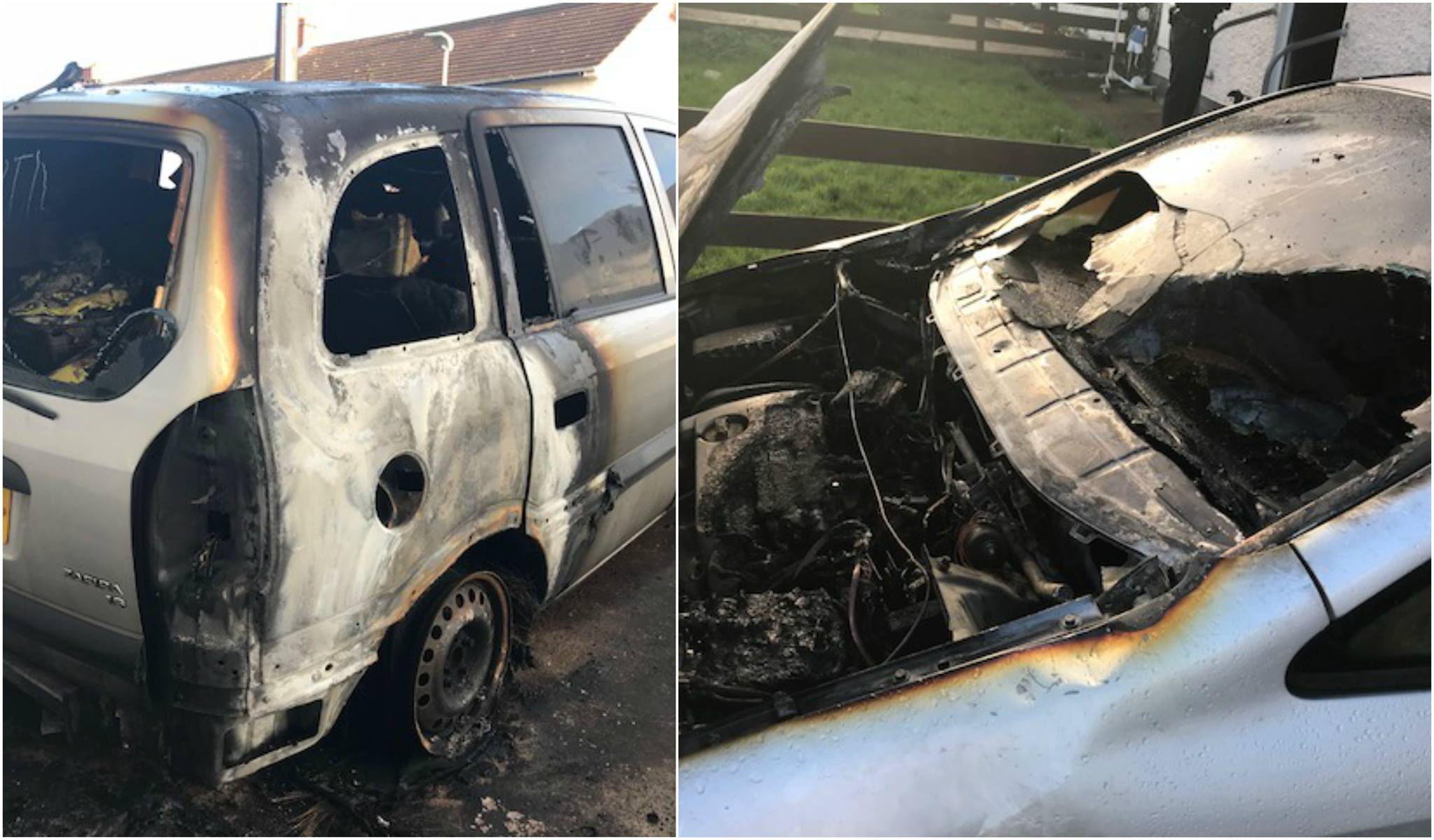 Police have appealed for witnesses after a car was set on fire in a Co Armagh housing estate.

The report of a car on fire in the Ardboe Drive area of Lurgan came through during the early hours of Wednesday morning, November 29.

Chief Inspector Burrows said: “NIFRS attended the incident and believe the fire to have been started deliberately.

“Police at Lurgan are appealing for anyone who may have witnessed any suspicious activity around this time, or who may have information which could help the investigation, to contact them on 101 quoting reference number 36 of the 29/11/2017.

In an update last night, a police spokesperson said: “Often when these things happen we have people speculating as to why it has happened, or telling us about some motive.

“On this occasion, no one who has spoken to us has any idea. Could it be mistaken identity? Could it be simply mindless arsonists? If you can shed any light on this, get in touch with us via 101.

“If this had set fire to the houses, make no mistake, we could be talking about fatalities this morning. Thanks again to the swift work of our NIFRS colleagues, this blaze was contained.”