Anger as homophobic graffiti sprayed on building opposite Lurgan Hospital 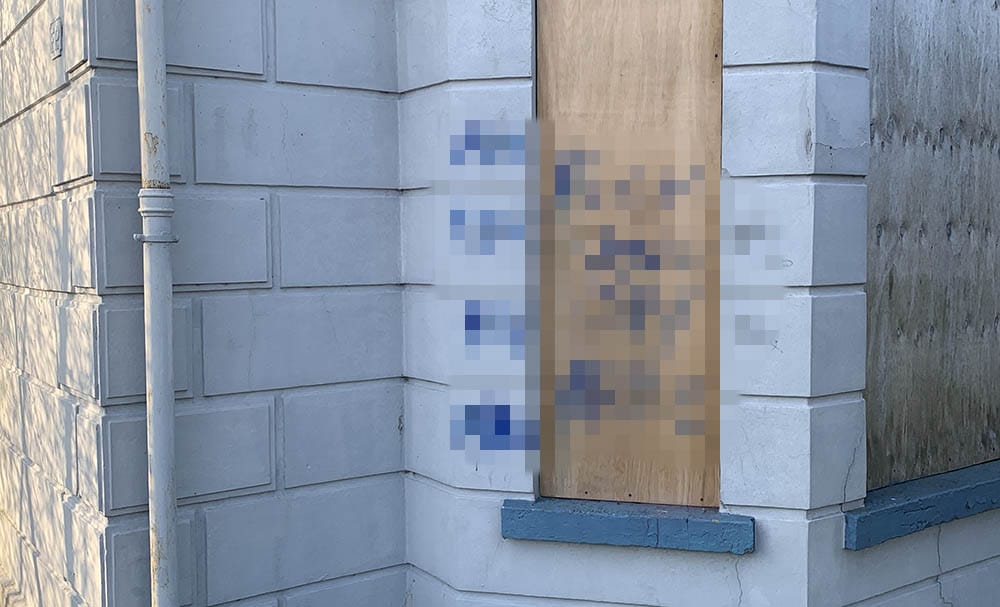 There has been anger after homophobic graffiti was daubed on a building in Lurgan.

The crude words were sprayed on an abandoned house in full view of those attending Lurgan Hospital opposite.

Alliance Lurgan Councillor Peter Lavery has condemned those behind the vandalism and said it was not representative of the views of local residents.

“Lurgan is an inclusive, welcoming town that is looking to the future,” he said.

“Those spray painting these homophobic statements do not represent the vast majority of people here, and I condemn them and their actions entirely.

“We can have no tolerance for such views in our society.

“All of us must unite and face down homophobia and those who promote it.

“I have asked for the graffiti to be removed and I urge anyone with information on this incident to contact police with it immediately.”

On Tuesday, politicians in Stormont passed a motion calling for a ban on gay conversion therapy “in all its forms”.

Speaking in the Assembly, Mr Beattie said he was born a straight man and there was no fix or cure for him.

“There is no therapy that would make me a gay man. So why would we say that a gay man can be fixed or cured?” he asked.

“Why would we say that there’s a therapy that can change a gay man to a straight man? There isn’t. It’s ludicrous. Conversion therapy is humiliating.”