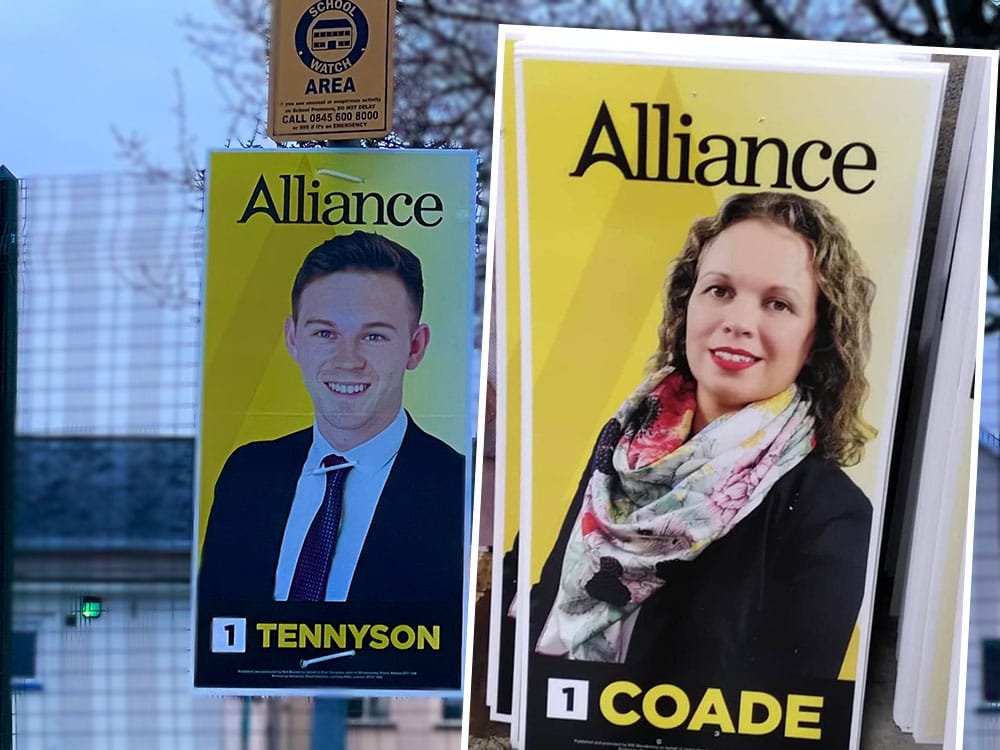 Alliance candidates in Upper Bann and Newry and Armagh have hit out at the theft of election posters saying they will not be “silenced or deterred”.

The Alliance Party’s Upper Bann Assembly candidate Eóin Tennyson was speaking after his election posters were removed from locations across Upper Bann, including Scarva, Donaghcloney and Birches.

“While the removal of these posters is an attempt to intimidate Alliance, like previous similar attempts where we came under pressure from thugs, we will not be deflected from standing up for what we believe in, from taking our message to the electorate and working for the entire community,” he said.

“Change is happening in Upper Bann with support for our positive, progressive movement growing by the day. These anti-democratic acts will not silence or deter us.

“We have reported these crimes to the police and would encourage anyone with information to do likewise. Not only is it theft, but it is also a punishable offence to interfere with an election in this manner.”

Newry and Armagh’s Alliance candidate, Jackie Coade, suffered the same fate over the weekend with the removal of posters in Richhill.

“It’s always the downside to an election,” she said. “It’s a shame there at some self-appointed gatekeepers who are trying to silence the voices of progressive parties in this election. Not very democratic.

“Whilst this is a slight distraction our work continues supporting families with the cost of living crisis and much more.”