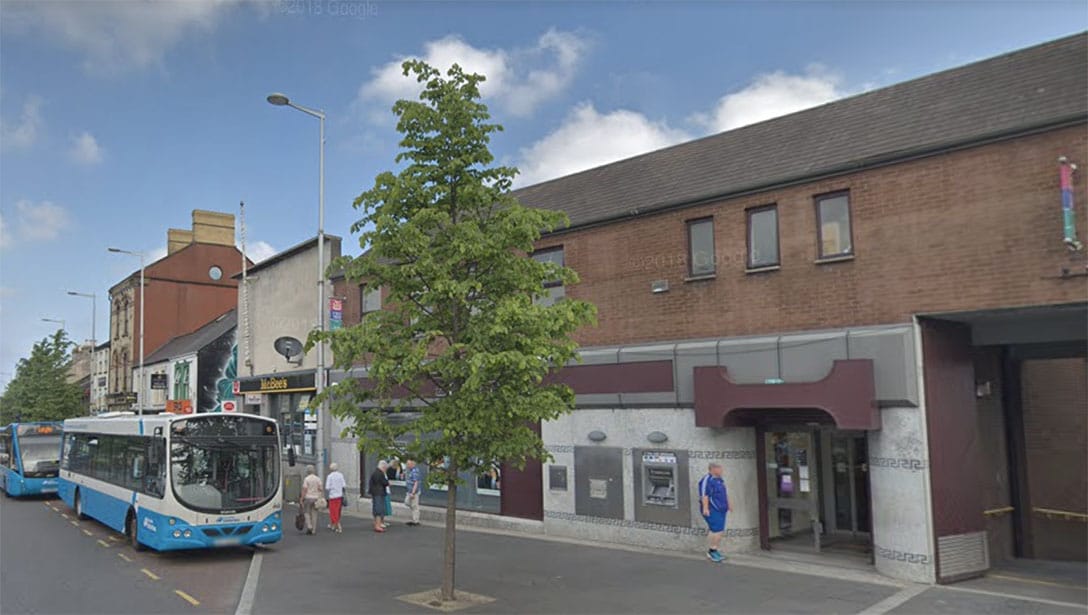 “They have closed in Armagh, closed in Portadown and now the proposal is to close Lurgan, it is scandalous.”

The confirmation of the Allied Irish Bank (AIB) decision to close the bank’s last branch in Co Armagh this November has been branded as “scandalous”.

The matter was raised during Armagh City, Banbridge and Craigavon Borough Council’s monthly meeting held on Thursday, July 29 by Alderman Jim Speers at which he asked Council’s chief executive, Roger Wilson, to write to the relevant people expressing Council’s dismay at the decision.

AIB announced plans to close a further eight branches, including one in Lurgan in November earlier in July.

The other branches set for closure are Bangor, Coleraine, Glengormley, Kilkeel, Lisburn, Newcastle and Omagh.

AIB said the closure was a result of the change in the way consumers interact with their banks with digital payments rising 53 per cent since the end of 2017.

Reflecting on the announcement, Alderman Jim Speers questioned the decision and claimed that in closing this branch AIB risked becoming “irrelevant” to the local community.

“I want to see we as a Council again express our very strong view in relation to the proposed closure of more banks within our district,” said Alderman Speers.

“If the proposals from AIB go through, Co Armagh will not have a First Trust bank, I say to the banks, if you are going to close one bank in Lurgan/Portadown or Armagh why not close them all?

He also warned that if this move goes through he doubts it will be the last bank closure.

“They have closed in Armagh, closed in Portadown and now the proposal is to close Lurgan, it is scandalous.”

“To think of this county, County Armagh, not having one First Trust bank, when is the day going to come that there is no Danske Bank in Co Armagh or no Bank of Ireland in Co Armagh?

“I think they have a duty to explain to the community they allegedly support and represent as to how they hope to engage with the community in terms of providing a facility.

“It couldn’t happen anywhere else and it is happening under our nose. It is diluting rural communities particularly of a service that is very much needed.”

Council’s Lord Mayor, Alderman Glenn Barr said he agreed with Alderman Speers’ comments and, having experienced the closure of one of AIB’s branches in Banbridge, he knows the hurt it will bring to the town.

“I know they closed Banbridge a couple of years ago and it is a big hurt to the town as well,” said the Lord Mayor.

“Having spoken to the Chief Executive he assures me he will right to the appropriate people about the banks decision and request answers.”