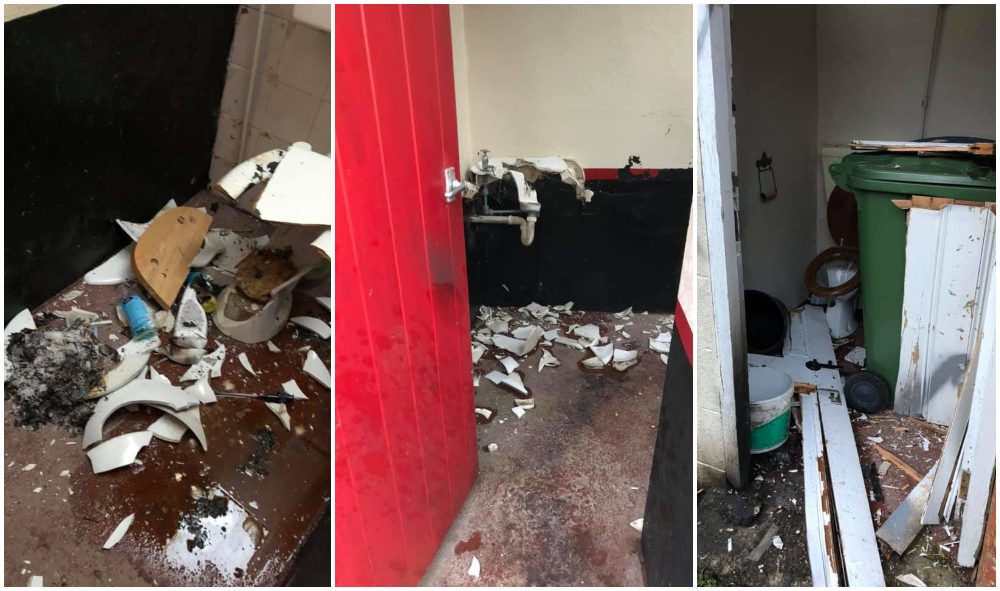 Vandals have broken into, ransacked and set fire to pavilion toilets at Donacloney Cricket Club in an act widely condemned by the community.

According to the Club, there has been multiple break-ins in the last week, in what they have described as “the worst of Donacloney”.

Graffiti was sprayed and rooms vandalised – which included smashing sinks and toilet bowls to pieces – but not before a fire was in the toilets at the rear of the pavilion.

A Club spokesperson said: “Thankfully no-one was hurt and the building was unaffected. The facility is open for all in the village and community – all the club asks is that it is left in the same state as you find it. The recent vandalism has been reported to the police.”

Alliance Councillor Eoin Tennyson commented: “This is absolutely shocking. I am so sorry to see this. I will follow this up with the Policing and Community Safety Partnership.”

“The cricket club in Donacloney have been in the village for well over 100 years , they provide a vital service for the community and have always been community orientated, the many volunteers who keep the club running don’t deserve to have to face this type of behaviour, or incur extra costs as a result.

“I know I can speak for the community in condemning this vandalism in the strongest possible terms and would appeal to anyone who had any information to contact police on 101.”

Deputy Lord Mayor Kyle Savage added: “I am very disappointed to see this. Our Sports clubs have worked very hard to involve all within our village and surrounding areas in their activities. To the mindless few – wise up!”